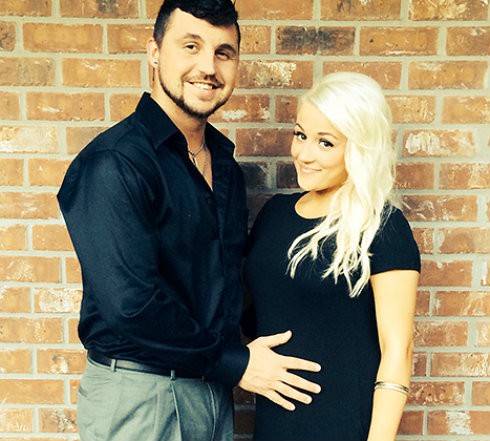 The party is about to look very different for Party Down South 2‘s Raven Stein and Bradley Mitchell: The on-again couple announced today they are expecting a baby in early 2016.

“We woke up this morning and we decided that we wanted to share some news with the world,” Bradley said in a new CMT video. “We are back together. And, even bigger than that….You want to tell them?”

Raven added, “We want everyone to know that…”

“We’re pregnant,” Bradley said while Raven held up an ultrasound. To clarify, they said in unison, “We are having a baby!”

Bradley admitted they’ve “fought a lot and done a lot of [bad] things,” but said they are very much in love and are “doing better than ever.” They added to Us Weekly that they decided to rekindle their relationship before Raven discovered she was pregnant. When they found that out, Raven said she was relieved by Bradley’s excitement.

“He was happy and told me everything would be okay and that it was a new chapter in our relationship,” she said. “He was super supportive.”

The pair met while filming Party Down South 2 in 2014. Bradley has a daughter from a previous relationship.

The couple plans to have a gender reveal party when they find out the baby’s sex in a few weeks.