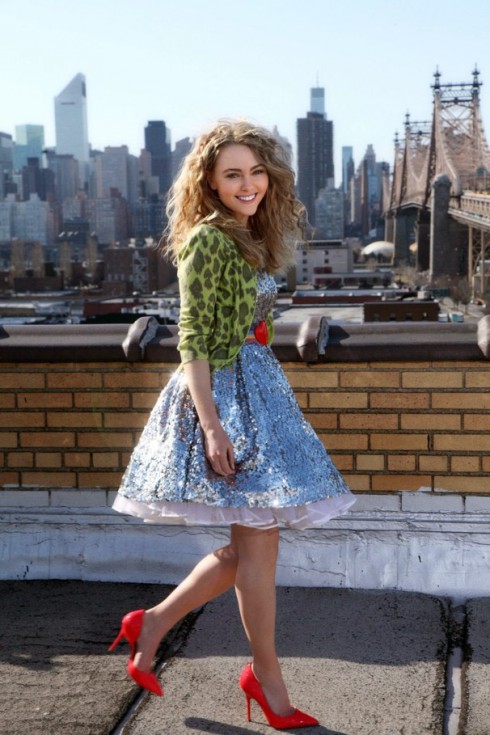 18-year-old actress AnnaSophia Robb has some big Manolo Blahniks to fill as she tackles the role of a young Carrie Bradshaw in the CW’s Sex and the City prequel series The Carrie Diaries. It’s amazing that the network was able to find another energetic and stylish young actress with a two-syllable/three-syllable moniker, but can anyone ever really replace Sarah Jessica Parker in one of the most iconic roles in television history?

Thanks to the CW we now have our first measuring stick in the form of an official photo of AnnaSophia Robb as young Carrie Bradshaw from the set of The Carrie Diaries! In the picture AnnaSophia is gung-ho 1980s with a bright green leopard print jacket, bedazzling silver sequined dress (with obligatory Madonna-inspired tulle poking out from underneath), rainbow belt, and a ferocious pair of red high heels.

The clothes seem perfectly eclectic, fun, and stylish, and AnnaSophia seems to be downright effervescent with her beaming smile and casual demeanor. In other words, once I get past the dated look, I likes! 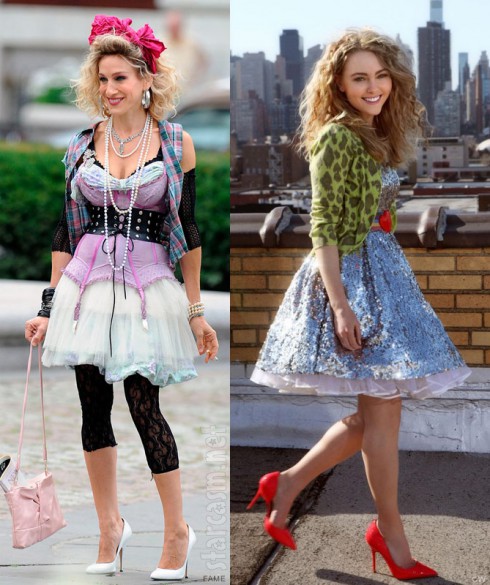 Emmy®-winning costume designer Eric Daman (Sex and the City, Gossip Girl) said: “It’s a rare invitation to dress a character whose reputation truly precedes her. Having played a hand in designing for the Carrie we know and love, I am honored to be chosen to carry the torch — to illuminate the woman we know by discovering the young lady she was.”