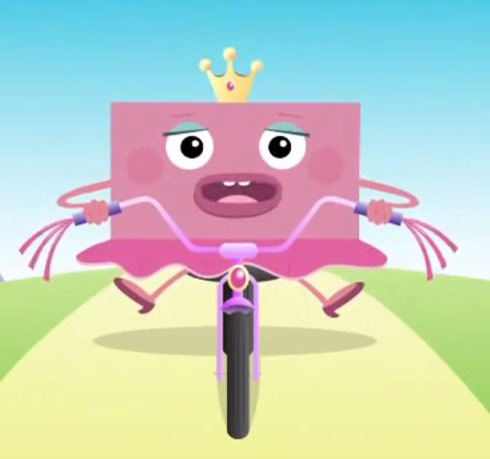 As the father of a rambunctious 5-year-old kindergartener, I often call on my daughter to keep me tuned in with the latest and greatest in kid’s TV. Admittedly, this sometimes means hours of poorly animated Barbie movies, but sometimes there’s an absolute pop-culture jackpot.

Unbeknownst to me, there was an animated treasure lurking among the world of Disney Junior in 2 minute animated shorts called Big Block Singsongs.

Recently I was assuming the position on the ol’ couch when my daughter fired off, “Daddy! It’s the princess one!!!!” The veracity in which she made this proclamation was so energized that even a dad couldn’t tune it out. I checked out what had my daughter so enraptured and since then it’s been a Big Block block party at the house, and on the way to school and on the way to Grandmas’…

They’ve been around a while so if you already knew and are all like “old news dude” I apologize, but they’re so great I just gotta share for those who aren’t in the know, ya know!

The clips are the creation of Adam Goddard and Warren Brown. Goddard composes and performs the music while Brown creates the animations. Their work is kid friendly, deliciously digestible little shots of musical enlightenment and joy, whether you have little ones or not. Here is our (my daughter and I’s) top 5 most favoritist ever (so far) in no particular order.