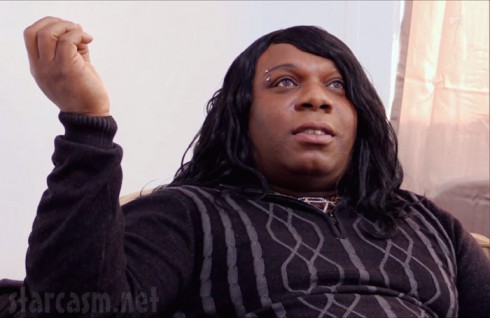 Tonight’s “Just the Voice” episode of Catfish looks to be one of the most dramatic yet as Nev and Max try to help the very charismatic and instantly lovable Antwane from Cincinnati track down his “chat line” love Tony, even though Antwane has never so much as seen a picture (fake or not) of him. The episode (and more specifically, Antwane) seems to have had a bigger impact than usual on show host Nev Schulman because he took to Facebook just a few hours before the episode aired and shared this statement about how filming it and meeting Antwane impacted him greatly:

Shooting this week’s episode of Catfish was one of the most intense and emotional experiences of my life. Relating to and understanding Antwane was a struggle for me in many ways, but I really grew to appreciate and respect him. He has many fears and flaws, but showed so much courage and resolve in the face of adversity. He is a man who proves that you don’t need anybody else’s approval to be happy. My lesson learned is to be confident and proud of who you are no matter what anybody else says or thinks. Life isn’t always easy, but we can all chose to be positive in the way we treat ourselves and others. Cheers.

Here’s a very lengthy preview clip in which you will get to meet Antwane as well as his cousin Carmen:

Awtwane’s episode of Catfish airs tonight at 10/9c on MTV, so be sure to tune in for the rest of his story — I know I will! (And we’ll be tweeting too!)