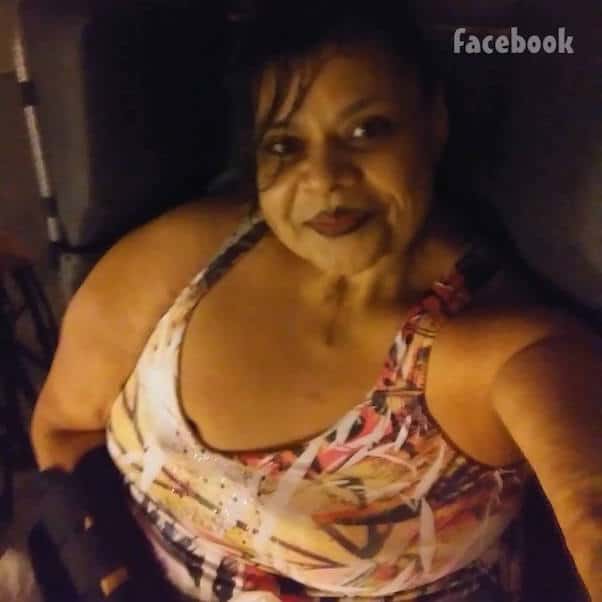 It’s been an extraordinarily tumultuous few months for My 600 Lb Life star Lupe Samano, who’s had cause for both celebration and grief. My 600 Lb Life Lupe now is still in mourning over the shocking death of her new love Andrew Renteria, who passed unexpectedly earlier this year. But Lupe’s weight is also at an all-time low — in fact, she says she’s just 20 pounds away from her target goal.

When we last checked in with Lupe, she was just getting over the devastating hip injury that caused her to regain a considerable portion of the 300 pounds she’d lost. (At her lightest, Lupe had the sixth biggest weight loss in My 600 Lb Life history.) And, though she remained separated from her husband Gilbert Donovan — whose cheating ways had just been exposed in Lupe’s first Where Are They Now? episode — Lupe was committed to “rekindling” the couple’s love.

“We been through a lot,” Lupe wrote at the time, “but we truly love each other and with GOD in the middle of our marriage and us staying strong,we will conquer It all.”

But the effort was short-lived. The two went their separate ways — and, as we detailed in our feature earlier this week, Gilbert is now serving as the personal trainer and “best friend” to Lupe’s My 600 Lb Life cast mate Karina Garcia. As for Lupe, not long after our last update she met Andrew Renteria, who appeared alongside her in Lupe’s 2018 Where Are They Now? episode. 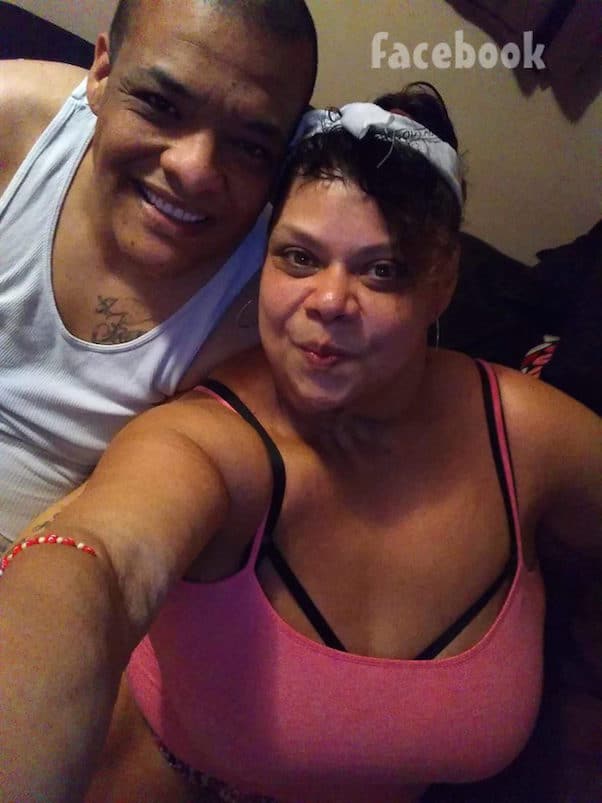 Lupe and Andrew fell hard for each other, and were together for 17 months in total. Andrew suffered from kidney problems, and was on dialysis waiting for a transplant this past January. In a comment on one of Andrew’s final Facebook posts, Lupe wrote, “Baby my love Andrew Renteria if I could take all your pain and tears and let me be the one instead of you I would..if I could give you one of my kidneys I would in a split second.”

Unfortunately, Andrew succumbed to his ailments, passing the same month. Since then, many of Lupe’s social media posts have been reflections on her time with Andrew, or simple declarations that she misses him. One of the first things she wrote after his death remains perhaps the most poignant, from January 23rd:

Today was one of the hardest days of my life! going to the mortuary with my sis in laws to spend sum time with my love andrew,, before they cremate him soon….wen i walked in the room and seen him, laying there resting in peace..i broke down and cried…i knew that God had come for him…SO HEAVEN GAINED ANOTHER ANGEL..IM GOING TO CONTINUE TO GO farward and cherish every day we spent together my love….you were taken to soon baby…but god doesnt make mistakes..so i know you are in good hands…now you can reunite with your mom..your grandparents and your inlaws..my parents….until we meet again ..fly high mi amor

Despite her suffering, Lupe has also found the strength to continue her weight loss success. In fact, according to the woman herself, My 600 Lb Life Lupe now is closer to her ultimate weight loss goal than ever before — and at her lowest weight since childhood. On March 29th, Lupe revealed that she’s down to 201 pounds from a peak weight of 642: 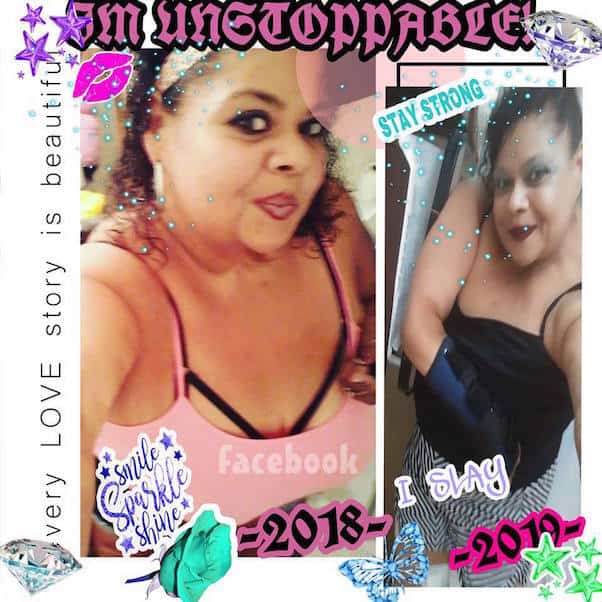 Messing with snap chat….only 21 lbs away from my goal weight of 180…I GOT THIS#!!!!
MY FRIENDS…FAMILY…SIGNIFICANT OTHER..DOCTOR..ETC ETC MIGHT LEAVE MY SIDE…BUT GOD WILL NEVER LEAVE ME NOR FORSAKE ME!! SO ILL BE OK…IM GOING TO FINISH THIZ JOURNEY WITH A BIG SMILE ON MY FACE..TEARS IN MY EYES , AND LOTS OF GRATITUDE IN MY HEART…CAUSE WITH MY WEIGHT LOSS I FEEL SO MUCH MORE ALIVE…SO MUCH MORE ENERGY…CONFIDENCE…LIVLINESS…
SHOPPING FOR REGULAR SIZE CLOTHES FEELS SOOOOOOOIOO GOOD!!!! WENT FROM SIZE 8X TO 14-16 ….IS THE MOST AMAZING FEELING…NEVER EVER DID I THINK ID BE WEARING THIS SIZE….WITH GOD ALL THINGS ARE POSSIBLE…..???????

Finally, Lupe just this month revealed that she’s begun the healing process by finding a new love. She shared a photo of herself and her new flame — a man she did not identify — while asking for respect from people who might criticize her for moving on too quickly.

Here’s the photo, which Lupe shared on April 2nd: 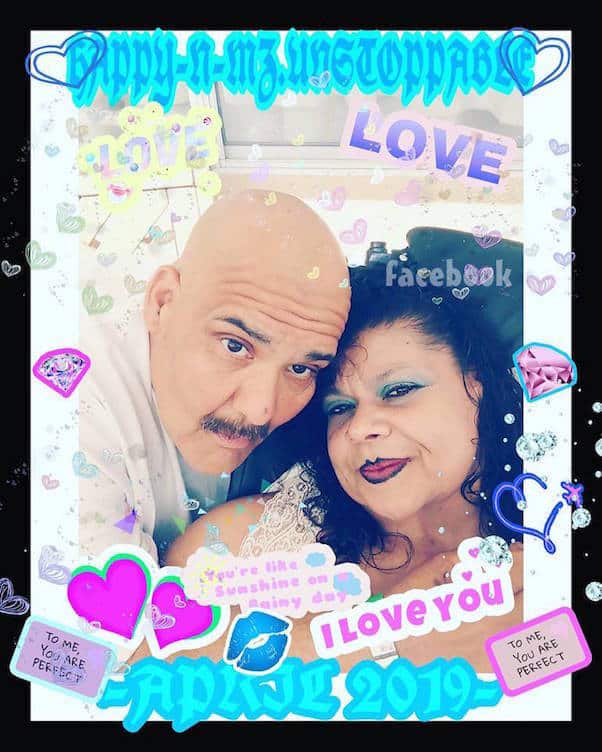 And here’s Lupe’s caption — which also contained another loving tribute to Andrew:

A PIC OF ME AND MY MAN ..PLZ DONT BE QUICK TO JUDGE ME…..I KNOW MY LOVE ANDREW JUST PASSED AWAY A FEW MONTHS AGO..HE WILL ALWAYS HAVE A PLACE IN MY HEART….BEFORE DREW PASSED WE ALWAYS TALKED ..AND HE TOLD ME I WAS HIIS LOVE AND ALWAYS WILL BE..THAT I HAD BEEN THROUGH SO MUCH IN LIFE …AND THAT HE DIDNT WANT ME ALONE….”I TOLD HIM THAT IF I PASSED FIRST .HE BETTER NOT HAVE A WOMAN..(AS i played around saying it. We both were in tears…drew felt his time was coming!? …RIP MY ANDRES RENTERIA..UNtil we meet again up above…TQM

Lupe hasn’t shared whether or not her roller coaster of a year was filmed by TLC’s cameras for a third Where Are They Now? episode. The new season of the My 600 Lb Life spinoff begins later this spring, though, so it’s possible we’ll get an official update very soon.