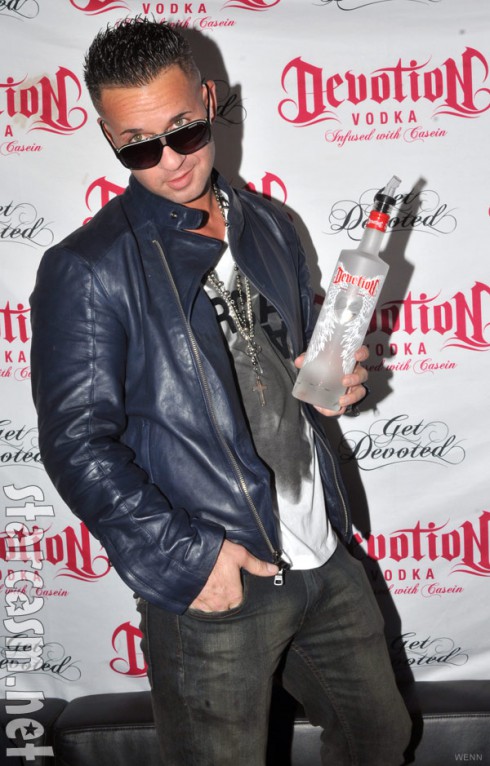 Is it just me or does it seem like every single contract signed by Jersey Shore star Mike “The Situation” Sorrentino turns out to be a grenade? In the last couple years the 31-year-old reality star has been tangled up in contract disputes with Dilligaf apparel company, Performance Brands, and Serious Pimp Apparel. Today Mike added Devotion Spirits to the list by filing a lawsuit claiming he signed on as the spokesperson two years ago on the grounds that he would get 2% equity in the company on it’s one-year anniversary, but so far, he has received no payment. Now, Mike wants them to pay up to the tune of $1 million.

According to TMZ, Mike filed a lawsuit against Devotion Spirits which claims breach of contract. Mike claims that upon signing on as spokesperson, he acquired an 8% ownership stake in the company and was due another 2% share when the company reached their one-year anniversary. However, he says he never got the additional 2%. Mike also alleges that Devotion failed to provide him with a promised $400,000 “buy back” option for his shares on their two-year anniversary, and never reported their sales to him.

Mike adds that although he did everything he was obligated to do by his contract, Devotion kept searching for ways to cut him out of their business and avoid paying him the money he was due.

Mike is suing Devotion Spirits for the entire 10% share he was guaranteed by their one-year anniversary as well as other damages. He estimates the share to be worth as much as $5 million.

TMZ reached out to Devotion Spirits for comment but did not receive a response.