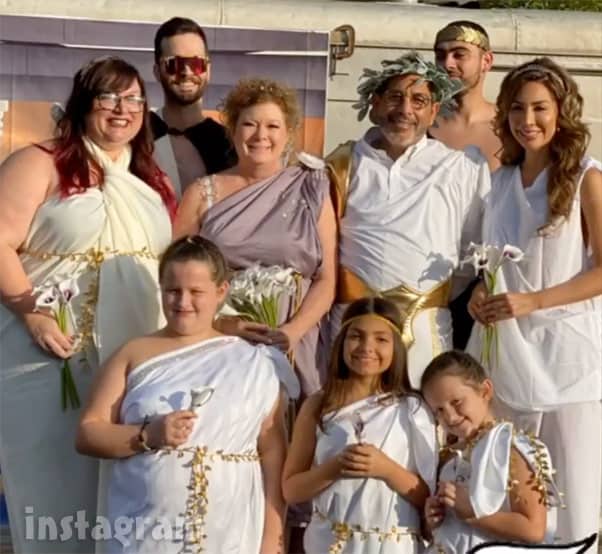 On Wednesday, former Teen Mom OG star Farrah Abraham’s dad Michael Abraham teased “an amazing world event” happening this weekend, which turned out to be his and Amy Blake’s Texas wedding! The Roman-themed shindig looked to be quite the party as Farrah and daughter Sophia joined in on the fun and shared numerous photos on social media. However, the wedding is actually more than a year late because Michael and Amy were already married!

We can exclusively reveal that Michael and Amy were secretly married in Austin, Texas in July of 2018. This weekend’s wedding attendees need not feel slighted, though, because Michael and Amy did not have a formal ceremony. According to court records, the two officially tied the knot via an “informal marriage,” which is more commonly referred to as a common law marriage.

On the Registration of Informal Marriage form signed by the couple, Michael and Amy both state that they fulfilled the requirements for a common law marriage in Texas. Here is the paragraph from the Registration form:

I solemnly swear (or affirm) that we, the undersigned, are married to each other by virtue of the following facts: on or about 7/31/2018 we agreed to be married, and after that date we lived together as a married couple and in this state represented to others that we were married. Since the date of marriage to the other party I have not been married to any other person. This declaration is true and the information in it which I have given is correct.

The Registration of Informal Marriage was officially filed on August 10, 2018.

It’s unclear why Michael and Amy decided to make their marriage official and keep it on the down low for the 14 months leading up to their public ceremony.

Speaking of their public ceremony, we’ve rounded up lots of photos shared by Farrah and Sophia on social media! You will see the wedding participants and guests were dressed up in togas and other Roman attire. The theme carried through to the Roman wedding cake and the groom’s laurel crown inspired by Caesar! 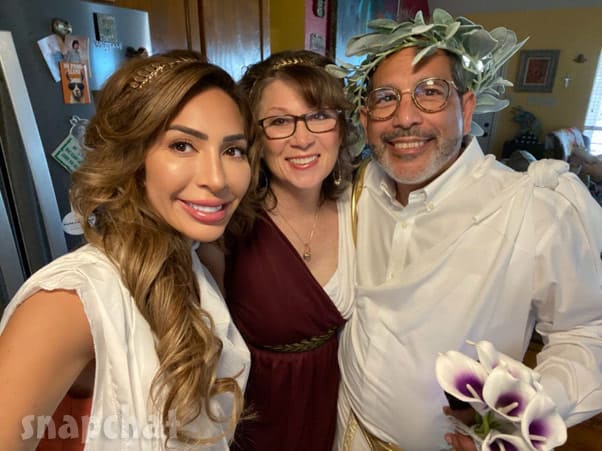 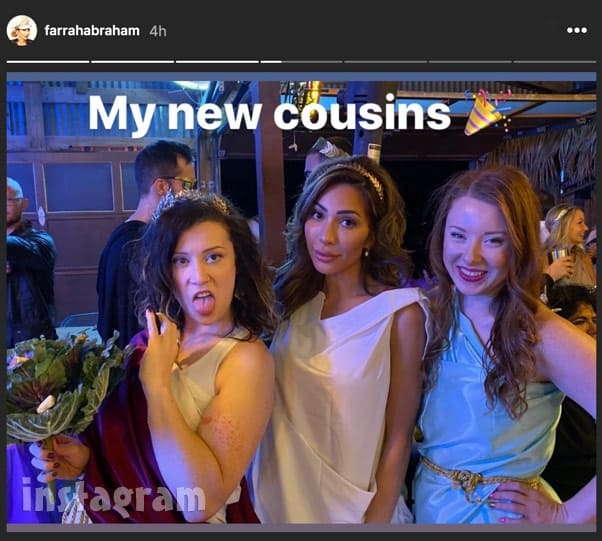 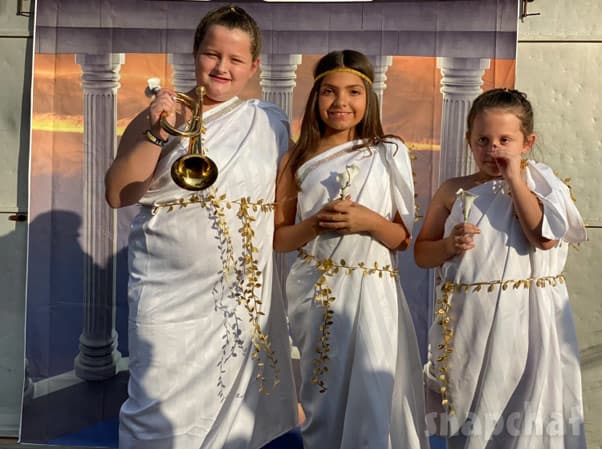 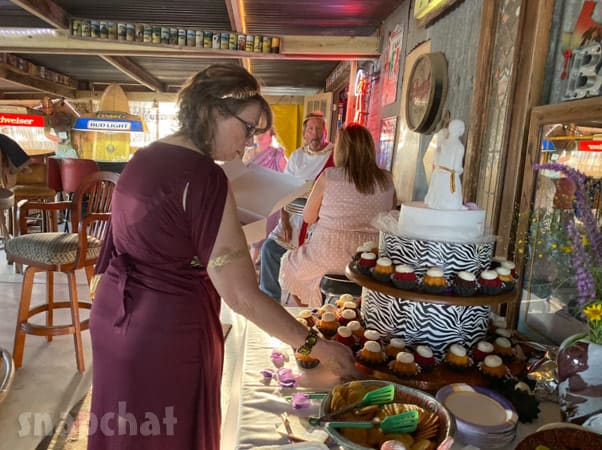 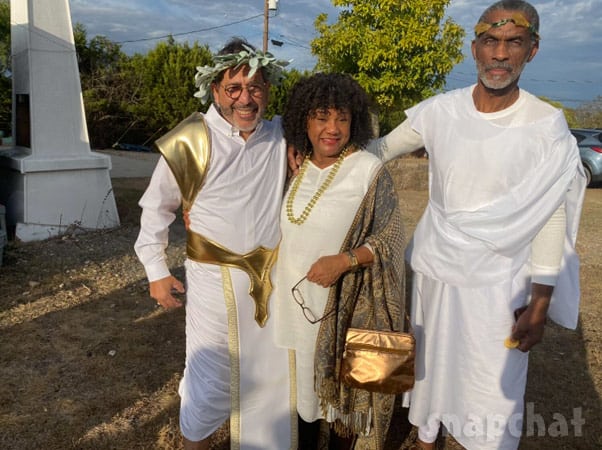 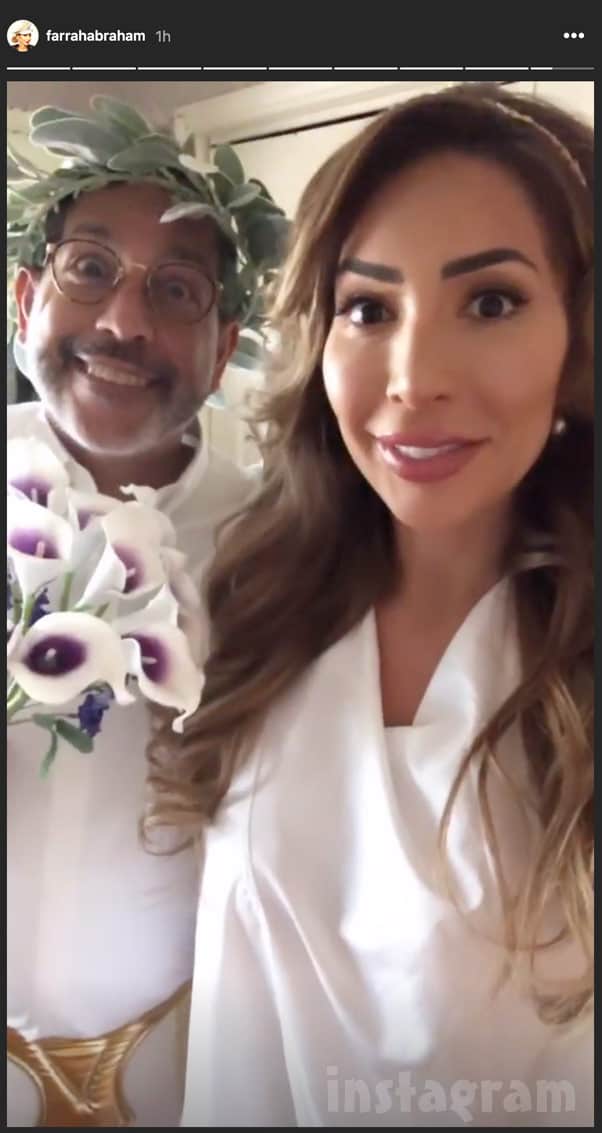 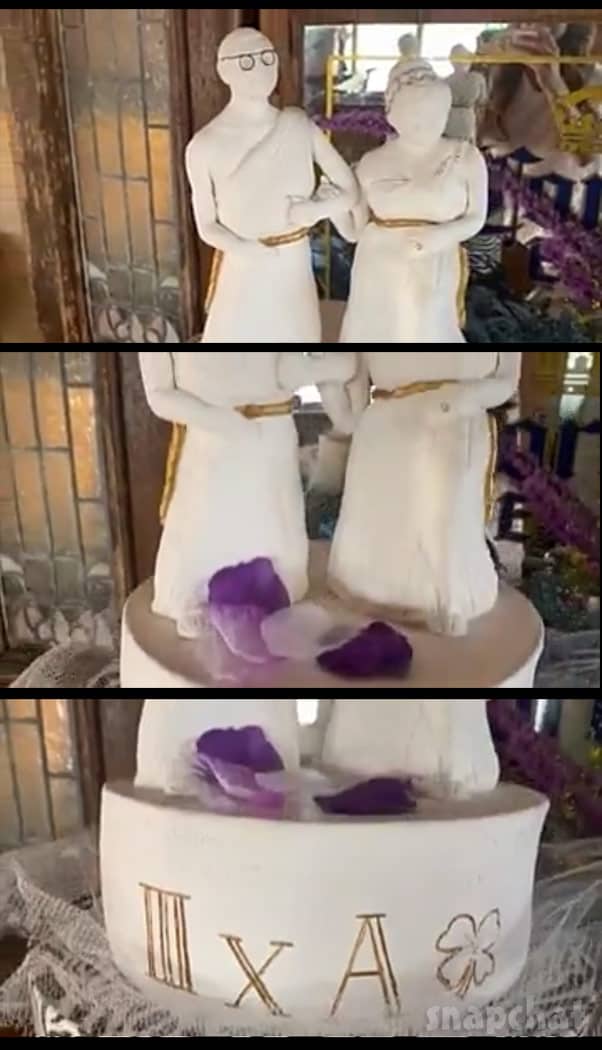 Just in case I didn’t sell the grandiosity of the event well enough, here is Michael’s Facebook announcement on Wednesday:

Oh My Gosh! This weekend an amazing world event is about to happen! Sophia is doing her dance she is so happy! No I can’t give you any hints! Ok a few! You saw it start on MTV’s Teen Mom OG! It’s something millions of people congratulated our family about! It’s been in the making for years! Lol!

Congratulations to Michael and Amy! I saw no indication that there were any television cameras rolling, so I don’t know if fans will be seeing the ceremony on the small screen. ☹️

UPDATE – A message from Michael: