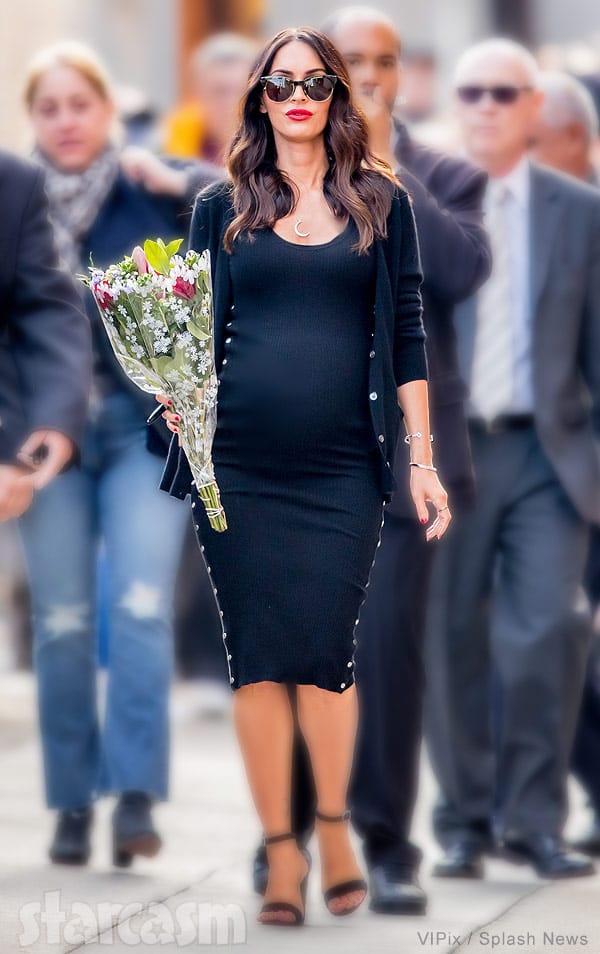 It appears that some belated congratulations are in order for Teenage Mutant Ninja Turtles actress Megan Fox as she reportedly gave birth to a baby boy on August 4!

E! News broke the story moments ago and reveal that the newest Fox cub is named Journey River Green, joining older brothers Noah (3) and Bodhi (2). The new addition comes less than a year after Megan filed for divorce from husband Brian after five years of marriage. The couple later reconciled and announced during Megan’s pregnancy that they were giving the relationship another go.

From E! News back in April:

“Brian and Megan been working on themselves as individuals and things have gotten better between them as a couple,” the insider tells us. “They have been getting along great. They are best friends and know each other very well.”

“They admire each other on how they are as parents and are looking forward to bringing their third child into this world,” the source adds. “Megan’s favorite thing is being a mom and spending time with her family. They are living together not separately. Megan is feeling happy and healthy and is working out and taking it easy.”

Congratulations to Megan and Brian on their third amigo — and we hope their relationship troubles are behind them for good. Can I get a “Cowabunga!” anyone?