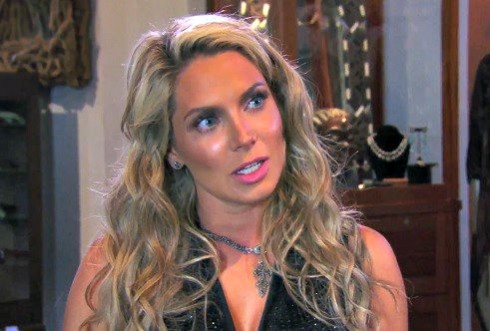 Married to Medicine‘s Jill Connors isn’t going to have her husband’s title for much longer: She filed for divorce from husband Dr. John Connors earlier this month, days after she was arrested for assaulting him in front of their children.

A Fulton County police report obtained by Fox News states that John accused Jill of cheating on him after seeing incriminating text messages on her phone. When he said he would divorce her and take custody of their children, Jill began punching and scratching him. Dr. Connors was left him a swollen lip and visible scratches.

John told police that when he called 911, Jill picked up a kitchen knife and began cutting herself while yelling “He’s cutting me.” When officers arrived at the scene, Jill confessed she “started it,” but couldn’t remember the details.

She said, “It all happened so fast, and I don’t know how it happened. I do not know where the knife is.”

According to her online arrest record, Jill was booked for misdemeanor battery and two counts of third-degree cruelty to children. She was released the next day after posting a $4,000 bond. TMZ reports she filed for divorce from John a few days later, on Aug. 19.

Jill was formally added to the Married to Medicine cast for the third season of the show, which is currently airing.

Bravo has not commented.