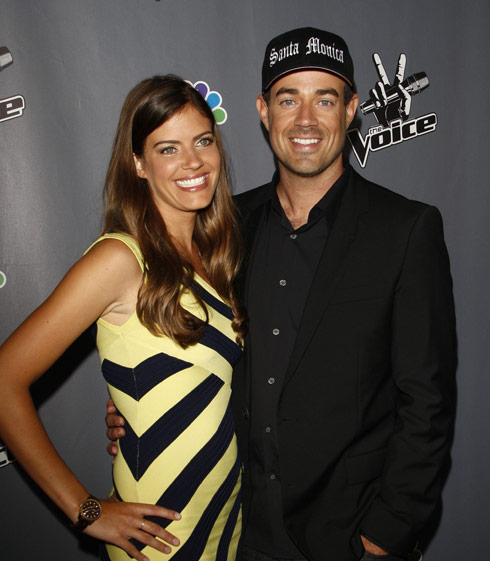 The Voice host Carson Daly is a proud papa for the 2nd time as he took to his Facebook page yesterday to announce the news of the arrival of his daughter, Etta Jones Daly.

Tonight at 5:15pm we welcomed the latest addition to our family. Etta Jones Daly weighs 8lbs and is beautiful! Mom was a rockstar, Jackson James is a proud big bro, and dad’s drinking a cold one. Praise God.

Little Etta joins older brother Jackson James (3) as the 2nd child for Daly and girlfriend Siri Pinter. Siri, a food blogger, worked on getting her labor started Tuesday with a Studio City “Maternity Salad.” Looks like it worked!

Congrats to Siri and Carson on their new arrival.