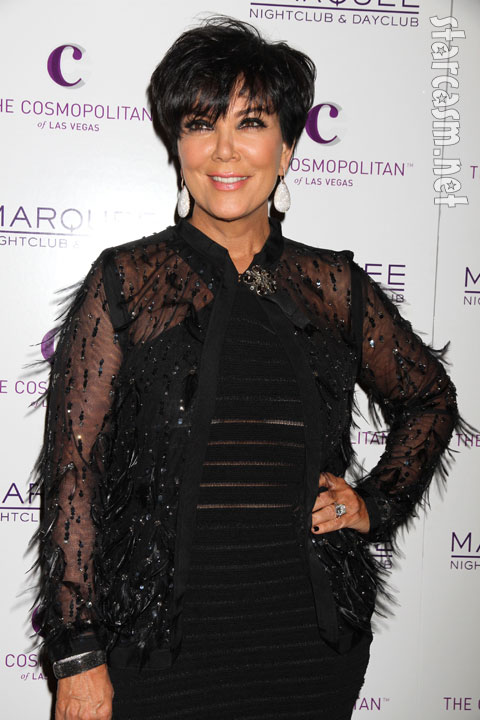 One day after her prized daughter Kim’s very public marriage became a very public divorce on Halloween, Kris (nee Houghton) Jenner’s biography came out, and it reveals quite a lot! For starters, she cheated on an unnamed PGA golfer (who was 12 years older than her when she started dating him at 17) with the late Robert Kardashian. Then, years later into her marriage Robert, she had a torrid affair with a guy named Ryan 10 years younger than her.

Her account of her deep lust for Ryan is written like a romance novel. She had been married to Robert Kardashian for 10 years, had given birth to Kourtney, Kimberly, Khloe, and Robert Jr., had everything she ever wanted, but felt unfulfilled (she also had recently suffered a giant case of psoriasis, which she thinks was a sign that she wasn’t doing okay emotionally.) She no longer had passionate or romantic feelings for her husband, and even though both Kris and Robert were both deeply into their born-again Christianity, Kris couldn’t stop herself from having an obsessive, torrid affair with a younger guy.

Even though she had all those children, she instead wasted all of her energy on figuring out when she was going to have sex with Ryan again. She would make up excuses all the time, telling her friends and family that she was going out “to wash her car.”

An excerpt from her new book:

Now it was all about sex. One minute I was making brownies for my friends and having a family barbecue, the next I was in the middle of an insanely intense affair. I would tell Robert I was going out to lunch and I would end up at Ryan’s apartment having crazy, fabulous sex for hours in the middle of the day . . . I would drop Kourtney, Kimberly, and Khloe off at school and rush straight to Ryan. Breakfast, lunch, and dinner with Ryan, Ryan, Ryan, Ryan.”

She got sloppy with trying to conceal this Ryan, and started inviting him over to tennis! Robert caught on, and tracked Kris down with Ryan, again and again (she figured he’d hired a detective.) For some reason, the first time Robert showed up at Ryan’s studio apartment, Kris didn’t think he’d come back again. But he did, and Kris’ perfect Beverly Hills life unraveled a bit (but not too much, don’t worry, she ended up getting an allowance from Robert in the nick of time!) In a creepy kind of irony, after everyone found out about the affair, Robert’s BFF O.J. Simpson called Kris over to his house, where he gave her a hypocritical talking to (considering his infidelity track record) then called up Ryan, and yelled at him too.

Kris later prayed and prayed to God to be forgiven for her affair, left Ryan behind for good, and settled down with Bruce Jenner, who is a bonafide sweetie and an awesome man. However you may feel about the Kardashian business, you have to admit that Bruce Jenner is incredible.

Some things seems glossed over in Kris Jenner’s bio (Kris Jenner . . . And All Things Kardashian), but she is surprisingly forthright about a number of things, including this affair.

Click here to see Kris Jenner a year or two before she started shagging Ryan to cure her desperate housewife malaise.

Is there a Kris Jenner sex tape from the ’80s?