Kelly Osbourne, who’s come back into the limelight via her surprisingly good showing on last season’s Dancing With The Stars has been making the rounds talking about her new trim figure following a few turns on the runway for New York Fashion Week. Kelly credits her new body to an extraordinarily boring “regular exercise and a portion-controlled diet.” So no magic bullet? No cabbage soup diet? No eat a dozen oreos and wash them down with Franzia diet? Borrring! Not that she was ever that “fat” to begin with. Kelly’s weight has certainly gone up and down (probably due more to her alcohol and drug problems) but this was her a little over a year ago: 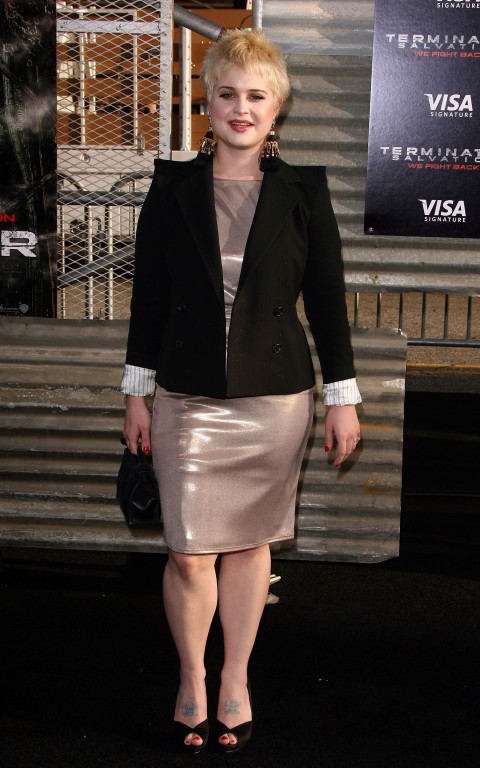 Anyway, Kelly is finally thin enough for Hollywood to accept her and that is all anyone wants to talk about now. She got into a Twitter battle with online magazine Heatworld after they misrepresented a statement she made comparing being fat to being a drug addict. Kelly says that she received much more flak for being heavy than for abusing alcohol and drugs (which is messed up); the latter which caused her to go to rehab several times. The magazine originally quoted her as saying that being fat was worse than being a drug addict. What? At least when you are chubby, you can eat delicious foods!

What she actually said was she’d rather be called ugly than fat. Okay, I guess that’s better? It looks like Kelly is very worried about her influence on young girls, which is noble. On her Twitter, she said “

Young easily influenced girls read @heatword they need to think before they write something like that its really careless and irresponsible!

It was a ridiculous statement, even worse because they misquoted. Every woman should be happy with who she is regardless of lbs. 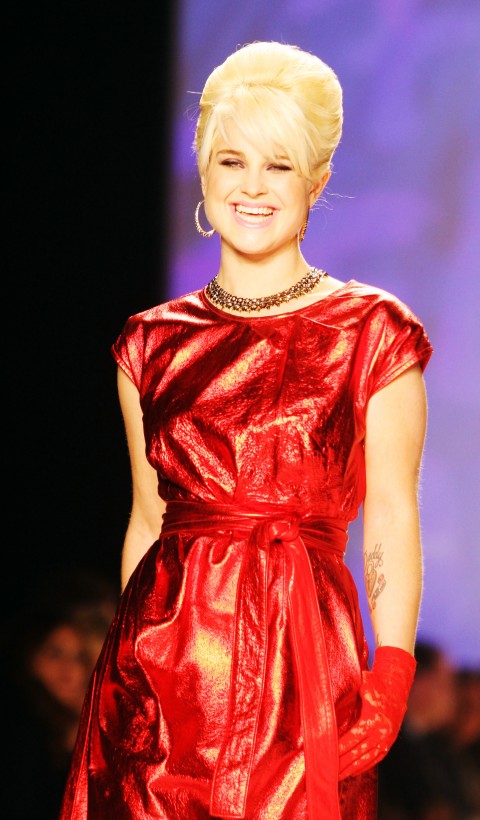 Kelly walking in a NYFW show this month

Anyway, the reformed celebuspawn has also made the cover of US Weekly talking about her new hot bod, but she also had issues with the headline they chose to run. In a piece on E!Online, Kelly says she’s rather have it say “how she got healthy” instead of “how she got thin.” But don’t worry, thin, healthy, or just plain skinny: Kelly still hates going to the gym!