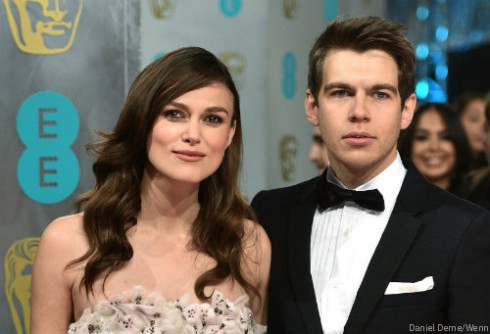 Speaking to Elle for the new edition, the Academy Award nominee said the love she’s experiencing for her daughter is “astonishing.”

“It’s a very primal, primal love. That’s quite extraordinary. And the ability to have no sleep and continue going,” she said. “It’s not pleasant–I never thought that I could actually do it for the amount of time that I’ve done it.”

On top of that, Keira said motherhood has changed her whole body image for the better: “As a woman, you hate certain parts of your body. You go through those periods where you look in the mirror and you think, ‘Oh, if only I had different legs or arms or whatever.’ You go through pregnancy and labor and then feeding the kid and you go, ‘Wow, my body is totally amazing, and I’m never going to not like it again, because it did this, and this is f*cking extraordinary.'”

As for the name itself, “Edie” is uncommon in the United States; only 119 baby girls were given the name in 2014. That figure meant “Edie” was the 1,774th most popular name for girls. However, it is significantly more popular in the UK, where it ranked 212th last year. It is a pet form of Edith, which means “prosperous in war.”

PHOTOS Pregnant Kailyn Lowry, Javi and Isaac at the beach

Did Justin Bieber impregnate a fan the first time he had sex?