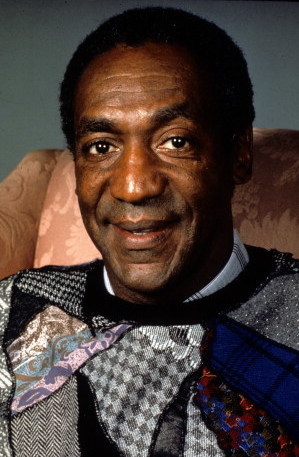 The latest woman to come forward with rape allegations towards Bill Cosby is his friend Sammy Davis Jr.’s former girlfriend. She tells The New York Daily News the rape occurred in the 70s while she was on tour with Sammy Davis Jr., and she never told her famous boyfriend about the assault.

“Back then, I was Sammy’s road wife. He had an open marriage, and we were lovers. That’s how it went,” McKee said. She partied often with Davis’ pals, and had been friends with Cosby for eight years when Cosby asked her to bring him some ribs, and meet him at his hotel.

“I remember I walked in the door, and he had a robe and cap on. He took the ribs from my hands and just grabbed me,” McKee alleged. “He spun me around, pulled my panties down, and just took it. We were still standing at the door when he attacked me.It was so fast and so shocking and so unbelievable.”

McKee says it was like he became a different person. After the assault she says she went to the bathroom to find some composure, but even after the alleged attack, she still when with him to a boat party.

“I never said a word. I was too uncomfortable about it,” she recalled. “Bill was so rude and cold toward me the rest of the night. I thought, ‘When this boat docks, I’m out of here.’ I just left.”

Still, she said she struggled for years about why she didn’t tell Sammy, and why she put herself in the position for it to happen in the first place. “I didn’t want to put that in Sammy’s head,” she told NYDN. “I was mad at my own self for not saying, ‘What the f–k?’ Why didn’t I stop it and get him away from me? But it happened too fast. I was absolutely flabbergasted.

“And I had the guilt. I questioned myself, ‘Why did I go there? Why did I bring him those ribs? Maybe he thought that’s what I wanted too?'” she said, adding, “I figured, ‘If I don’t think about it, it won’t bother me.’ Of course, with all these women surfacing now, it flushed it out.”

Too far? Mindy Kaling jokes about the advantage of sex with Bill Cosby