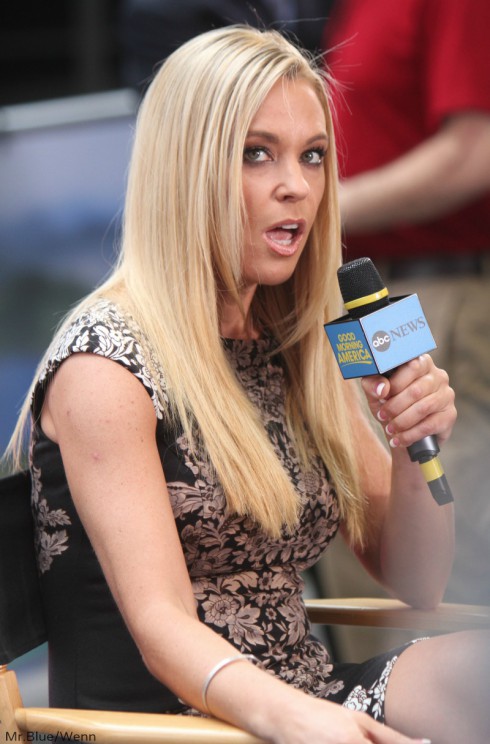 Kate Gosselin and her eight children are in the midst of a two-part TLC special, which is supposed to show how well the single mother is getting along with a full house of tweens and teens. Coinciding with the new special is the republication of Kate Gosselin: How She Fooled the World, a tell-all book that was yanked two days after it’s original publication in 2012 because of a copyright violation.

In the book, Pennsylvania reporter Robert Hoffman said he did extensive research into the Gosselin family by talking with locals, checking public records and — most controversially — reading through Kate’s discarded journals.

The comprehensive look into Kate’s life begins with information about her upbringing with a strict pastor father, Kenton Kreider. According to one of Kate’s siblings who spoke with Robert, the Kreider children were regularly beaten by their dad. The sibling also claimed Kate was “sexually abused by a family members.” That early trauma led Kate to be sexually promiscuous during her teenage years.

“While in high school, Kate became pregnant,” Robert wrote. “This will probably be surprising news to everyone who bought her oft-repeated story that she could not conceive naturally. It was just one of many very public lies that she told to solidify her carefully crafted image. The sad truth is that Kate’s father forced her to secretly abort the baby, which left her empty and hollow inside, and very angry. She left the home at the request of her father, who could no longer tolerate her rebellious behavior and sexual promiscuity.”

During the same period, Robert alleges Kate hatched her “original master plan” to marry a rich doctor. Figuring she had to best chance at that if she regularly socialized with MDs, Kate pursued a nursing degree.

“Even during nursing school, Kate threw herself at every doctor she could find, even the ugly ones, but was rejected every time,” a former classmate told Robert. “That made her mad.”

With that plan backfiring, Kate accepted the proposal of Adam Miller, a local factory worker who was willing to spend his money on her.

“I spoiled Kate with gifts, like a diamond bracelet and a gold locket, and she loved that,” Adam told Star in 2009. “I think one of the main reasons she liked me is that I had so much money flowing.”

Unfortunately for him, Adam said Kate was constantly looking to trade up… He found her cheating on him with a guy who drove a Corvette.

“She was always chasing the money,” he said. 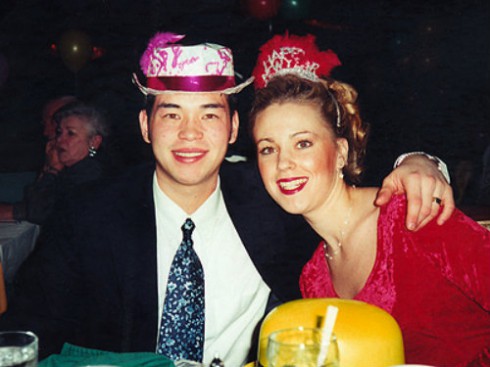 Shortly after that engagement ended (and nothing came of the fling with the Corvette driver), Kate and Jon Gosselin attended the same company picnic. The way she described it in an early version of the family website, it was “love at first sight.” However, according to a friend, the real reason Kate pursued Jon was that a friend said he came from a wealthy family and lived on “the best street” in Wyomissing, PA.

“Kate did pretty well for herself in marrying Jon because his father was extremely generous,” Robert said. “He paid for their wedding, he bought their first house in Wyomissing, and quietly supported them financially, giving them a large check each month.”

Having found the wealthy husband she wanted, Kate allegedly next turned her attention to earning fame by way of Higher Order Multiples. Keep reading Starcasm for more information about how she reportedly made that dream come true…