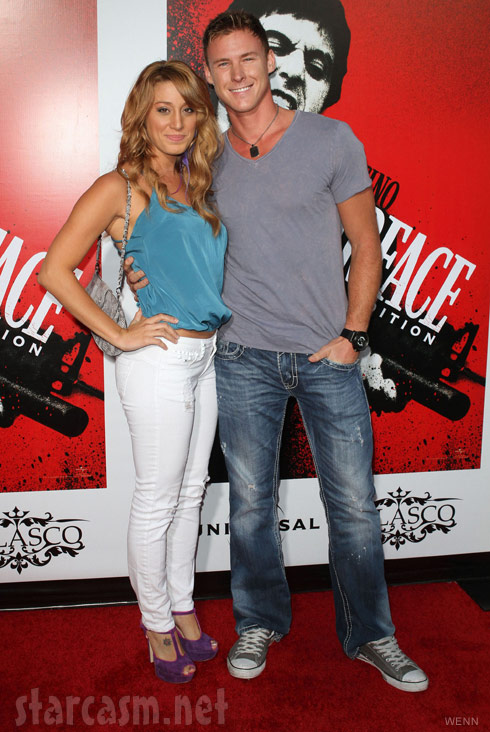 The fairy tale romance between The Bachelor and The Bachelorette contestants Kasey Kahl and Vienna Girardi has ended. (I suppose a better headline would have been “Kasey and Vienna ‘Kahl’ It Quits.”) Both parties involved took to Twitter to make the official announcement, confirming what had been rumored for weeks:

Just six days ago Kasey adamently denied (ie lied) that he and Vienna had split to Us magazine. “We’re just doing [the relationship] long distance right now,” he tells Us of his romance with his Bachelor Pad costar, whom he’s dated since March 2011. “It’s for the best.”

One thing’s for sure – Vienna won’t have any problem finding another man because she is well aware there are plenty of fish in the sea: 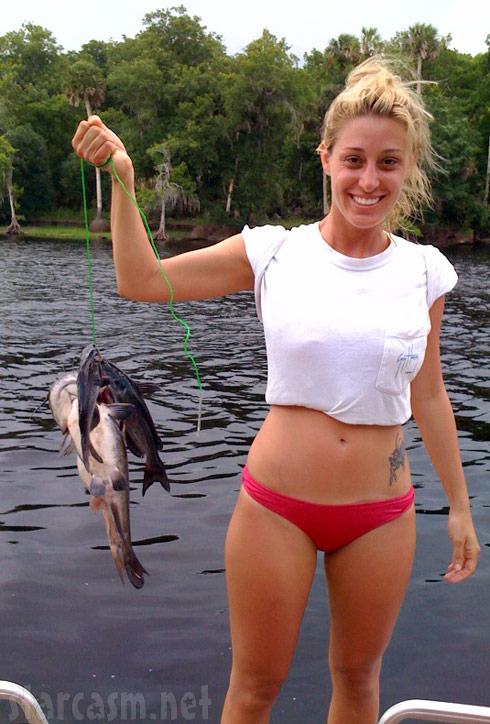 (I realize that was a stretch, but I love that photo soooo much and I just had to work it in somehow because this is probably the last time I’ll have reason to post about Vienna for a looooooong time.) (Yes, I know those are catfish and not from the sea.)

Let’s all bid adieu to our favorite marble-mouthed romantic and the wandering pupil of the ex future Mrs. Jake Pavelka as they both ride off into reality show obscurity. My guess is that we will see one or the other again in a couple years as a “star” on Celebrity Rehab with Dr. Drew.