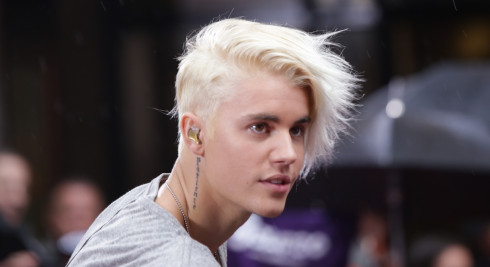 What do you mean, Justin Bieber? The 21-year-old pop sensation appeared on The Today Show to promote his new album, but it’s not his music that left a lasting impression.

Justin’s luscious locks have been adored by fans since the beginning. Though his style has changed dramatically over the years, no look has been quite as memorable as his new, bleach blonde tresses.

During the performance, his hair was hidden under a nondescript black hat before taking it off to reveal his new do. Though it’s not the first time the Biebs has gone blonde, it’s the first time he’s taken his look this “extreme.” 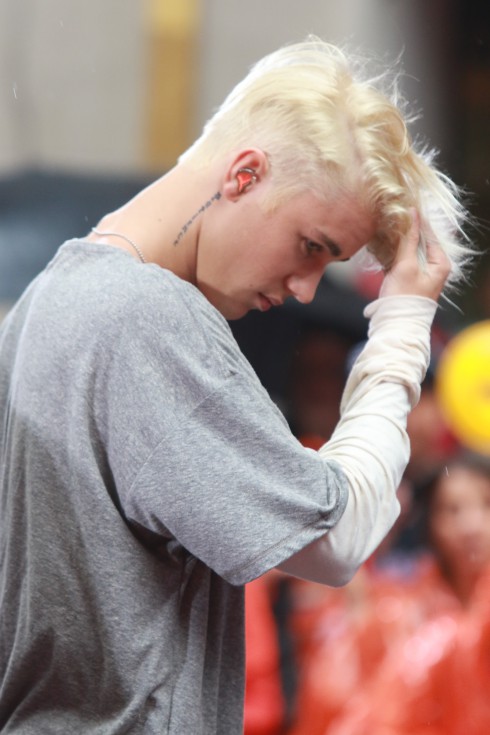 Another surprising moment from his performance was getting caught venting frustrations about The Today Show’s cameraman. Apparently, Justin was none too happy with the angle of the shot and felt it ruined the overall look of the performance. The audio was captured just before the show cut to commercial.

Next time I won’t dance because the camera’s here the whole time. Might as well not dance. What do I do this for if they’re just gonna…”

Later, during the interview portion of the show, Justin revealed that his recent hiatus wasn’t an official break from the music industry but rather a time-out for him to do some “soul-searching.” He admitted the praise and acceptance from his fans has been a welcome relief from the scrutiny he’s been facing.

“It just feels so great to just feel the acceptance, you know?” Justin explained. “It’s not that I- that’s where I get my validation but it just shows that, you know, they’re for me and not against me. And, you know, you always go into situations, especially me now, it’s like I just feel judged and it’s hard but I’m feeling more confident lately.”

Hopefully he’s feeling more than confident knowing his new song “What Do You Mean” is #1 on the Billboard charts Hot 100– his first of all time!

Looks like we did it ????? thank you so much billboard number 1

According to billboard.com, “It makes him the youngest male to debut at No. 1 on the Hot 100; It’s just the 23rd song in the Hot 100’s 57-year history to debut at No. 1; and perhaps most important for his future, it’s his first co-producing and co-writing credit on a No. 1 hit.”