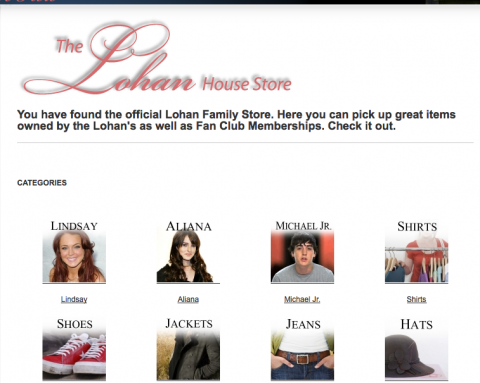 But now we lowly plebeians can own something a Lohan has worn, thrown aside, and is now desperately trying to sell to support their coke and/or spray tan habit. But seriously, one day you’re in India pretending to save 40 children and criticizing others for not focusing on “what’s imprortant”, and the next you’re hawking used clothing on the internet instead of, say, donating said items to charity. Could make for an okay tax write-off.

Somewhere out there I’m sure an obsessed Lindsay fan’s fantasy is coming true because they can lay down $400 to buy some stinky used boots. One child at a time, Lindsay, one child at a time.

Lindsay Lohan Sued For Kidnapping Under The Influence