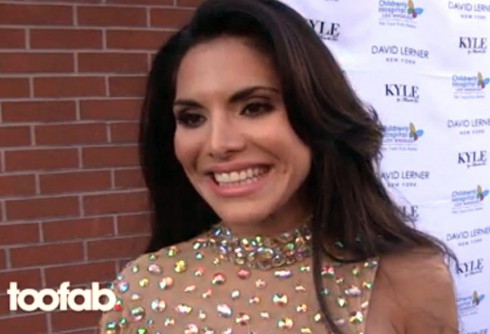 On Wednesday night, The Real Housewives of Beverly Hills star Kyle Richards hosted a charity David Lerner Fashion Show at her Beverly Hills boutique, Kyle By Alene Too, to raise money for the Children’s Hospital of Los Angeles. During the event, she and rumored new ‘wives Joyce Giraud and Carlton Gebbia chatted with TooFab about “hypothetically” joining the show.

“I don’t think the cast is lacking anything,” Joyce said in response to what the show may have been looking for when possibly adding new housewives. “I think the cast is full of amazing women that are all different, that all have something to bring to the table. They’re all empowering women, they’re all entrepreneurs, so I think it’s an amazing cast and it’s not lacking anything.”

Since the cast isn’t allowed to directly address their participation in the show, Joyce instead answered the hypothetic question of how she would act if she was cast. “If I was to join, I would simply be myself, because I think that you are the best you you can be. If I’m just myself, then that’s what they’re lacking.” 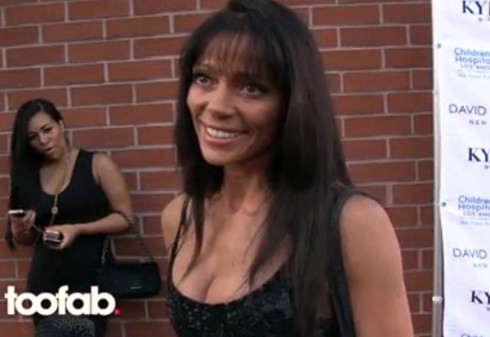 When asked the very same question, Carlton played more coy. “I’m afraid I can’t comment on that,” she said. What she did address was her relationship with Lisa Vanderpump. “I’ve met her before. I like her, she’s fun, she’s sassy,” Carlton explained.

Another housewife who didn’t feel as though the series was lacking was Kyle Richards. “I’ve never felt like our cast was lacking in any of the seasons, to be honest. I think everyone has been great,” she explained. “We have our moments. We argue. Maybe we were getting along too well at some point,” Kyle said. “I do miss Taylor and Camille I have to say, I do. They are women I have grown to love and care about so I do miss them.”

While Taylor has been downgraded from official housewife to a guest star (which we exclusively revealed back in April), Camille will not be returning at all — for real this time.

As for the new additions, Kyle says, “I think it was a good call.”

Kyle’s chariy fashion show was also a good call! Here’s a tweet thanking her and all the supporters who turned out from the Children’s Hospital of Los Angeles:

.@KyleRichards18 hosted an event, to benefit the hospital. Thx all for supporting our mission to treat kids better pic.twitter.com/AfWM25etyq