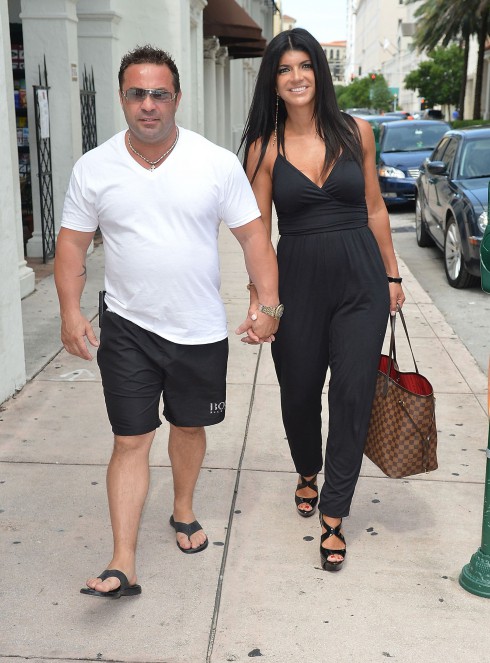 Teresa Giudice’s husband Joe Giudice is still dealing with the identity theft charge he received after getting a driver’s license in his brother’s name. After being charged with DUI months prior, Joe had allegedly brought his brother Pietro’s marriage license and birth certificate to his local MVA where he obtained the fraudulent ID. Joe has been in and out of court for months but after turning down a number of plea deals, he will soon head to a final trial.

“Joe has rejected all plea deals,” Joe’s attorney Miles Feinstein tells Radar Online. “He is being singled out we believe because of his celebrity status and we have turned down all offers from the state because they want him to serve four to five years in state prison.” Last month, Joe appeared before a judge but because he refuses to willingly be thrown behind bars, he will instead move forward with a full-on trial. It’s a bit of a risk, but his attorney insists that he has a strong enough case to keep his client out of the slammer.

As far as Teresa goes, she may have to testify in Joe’s case. Previous reports even stated her as a possible star witness. “Teresa will be a witness if Joe needs her to be but no matter what she completely believes him and she doesn’t want him to go to jail,” he says.

Although the fifth season of The Real Housewives of New Jersey has reportedly wrapped filming, Miles claims that filming in the courthouse for the show is a definite possibility. “The state of New Jersey allows cameras if the Judge gives permission and the press has an absolute right to cover the proceedings,” he explains. “But Joe deserves the fairest possible jury and people already know about him since he is on television so I think it will take a long time to select jurors.”

Joe and Teresa will return to court on May 28 where they will get their final trial date.

VIDEO – Did Joe and Teresa Giudice hide their pizzeria / laundromat / apartment building from the bankruptcy court?

PHOTOS Jacqueline Laurita before and after 30-pound weight loss

Cop Without A Badge Is Back In Print! Order Your Copy Now!