For most people brightly colored beer is a novelty reserved for certain holidays or sporting championships, but the Abashiri Brewery in Hokkaido, Japan takes it very seriously. For instance, to brew their Ohotsk Blue Draft they don’t just toss in a little blue food coloring, they use seaweed grown locally to create the bright blue hue, and as if that weren’t cool enough, the beer is brewed using water from melted ice floats that annually pass by the northern beaches of Hokkaido. American beer commercials use icebergs all the time, but they damn sure don’t make their beer out of ’em! Bud Ice? P’shaw!

If you have issues with the color blue, Abashi also offers a red beer made with anthocyans, a naturally occurring ingredient, and a green beer which is fermented with seaweed to get its verde on. (I won’t even mention “bilk,” Abashiri’s drink concoction that blends beer and milk. I’ve heard of mixing beer and milfs before, but milk?)

Oh, and Abashiri, if you’re reading this I would be happy to try a sample of your hue brew and write up a review! I’ll need a keg of each to make sure I get it right…

Click on photos to zoom in. You can almost taste it! 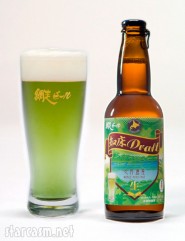 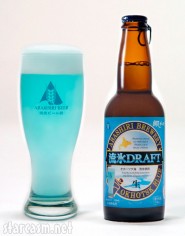 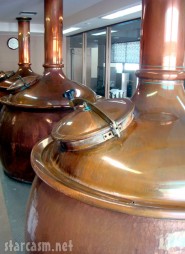 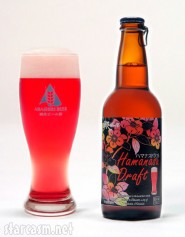 And here’s a youtube review, I guess. I have no idea what this guy is saying, but I think I agree completely! It’s worth it just to see the brew poured into a glass.

PHOTOS Where baby pandas come from