Hollywood lost a true giant yesterday when Paul Newman died at the age of 83. 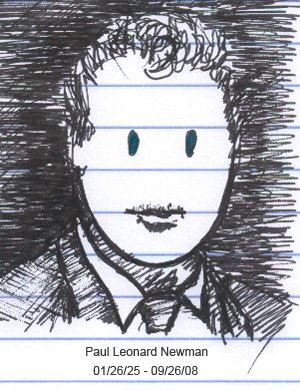 A lot of folks poked fun at Paul because of his food brands and association with NASCAR late in his career, but I think what we have here is a failure to appreciate.

Not only was Paul Newman one of the coolest and sexiest personas to ever grace the big screen, but his kind and giving nature is responsible for the Newman’s Own Foundation, which has given over $250 million to charities around the globe. He also started Hole in the Wall Camps that provide children suffering from serious illnesses with a joyous summer getaway.

Mr. Newman always came across as humble and appreciative for the recognition he received, and seemed to have the honorable moral uprightness to want to give it back – not only to his fans and to charities, but also to his family, which includes his wife of 50+ years, actress Joanne Woodward.

Starcasm.net would like to say thank you Paul, for all that you were able to accomplish in your lifetime. We remove our tongue from our cheek and tip our hat.

VIDEO Shakira gets finger jacked during a performance in Mexico?