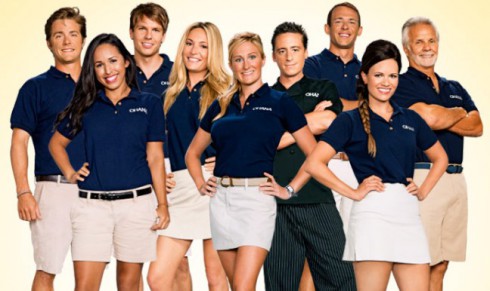 Season 2 of Below Deck premiered this month on Bravo, once again following the crew of a super yacht as they entertain and cater to the most elite customers around. In addition to featuring some new faces in the crew, Season 2 also features a new ship! While season 1 featured Honor (real name Cuor di Leone), season 2 stars a $10 million dollar, 154-foot private luxury yacht named the “Ohana,” which sails around the British Virgin Isles. Not too shabby!

So, let’s say you and your friends want to get away for the week and decide chartering the Ohana is the way to go. How much will that set you back? Be prepared for pay for the luxury experience to the tune of $140,000 per week (NOT including expenses)! 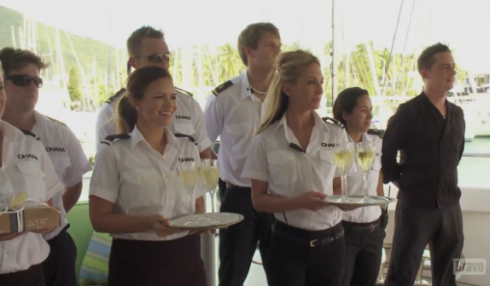 Despite the high price tag, you and your friends will have a blast with the amenities available including five cabins that allow you to fit 10 people, gym equipment so you can keep workin’ on your fitness while sailing through the seas, a deck jacuzzi, a shaded outdoor bar, and a 40 foot water slide!

But what about the crew? How much of $140,000 a week price tag goes to the crews’ salaries? According to CrewFinders.com, the salaries vary depending on experience and the size of the yacht. Here are the estimated salaries for the crew of Below Deck Season 2:

But besides their salary, let’s not forget some of the other perks that come along with working as a crew member on a mega yacht. According to AYC, which is a yacht crew recruiting company, the perks are pretty great:

* Live and work aboard a luxury super yacht

* Travel to the world’s most exotic locations

* Enjoy the freedom of no monthly bills (electricity, water, food, telephone, etc. is all paid for)

* Great bonuses/gratuities for exceptional performance ($1,000 per person per week is the norm – about 10% of the charter fee)

If you want to charter Ohana, you can do it by simply contacting your preferred charter broker. Right, because we all have one of the those!

You can catch new episodes of Below Deck Tuesdays at 9/8c on Bravo.

RHOC Alexis Bellino to appear on Below Deck Season 7?