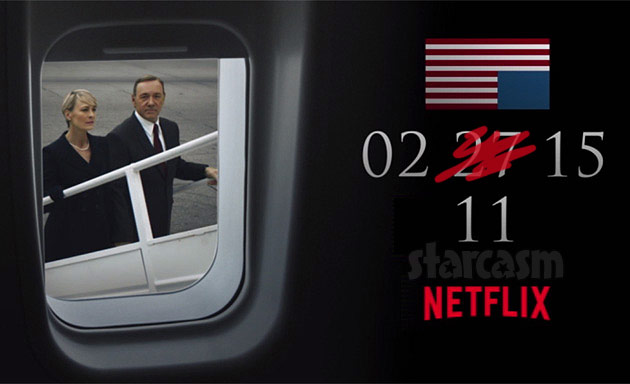 If you’re a huge House of Cards fan and have been counting down the minutes until Season 3 was scheduled to debut on Netflix on February 27, then you need to tell your boss you’re sick RIGHT NOW and head home because the new season is currently now available to stream on the site! (If you’re in the UK, then you should probably just stay at work because apparently the early release is currently only available in the US.)

It’s unclear if the House of Cards Season 3 early release was intentional or a mistake, but either way you can see ten episodes now. I tested it and it works — at least the first episode anyway.

So far all is silent from Netflix on social media.

UPDATE – Uh oh. It appears that Netflix is aware of the problem (which I am dubbing “Netflickileaks”) and the episodes may be gone soon:

This is Washington. There's always a leak. All 13 episodes will launch February 27.

Here is a screen cap of all the episode summaries. (There will eventually be 13 in total.) 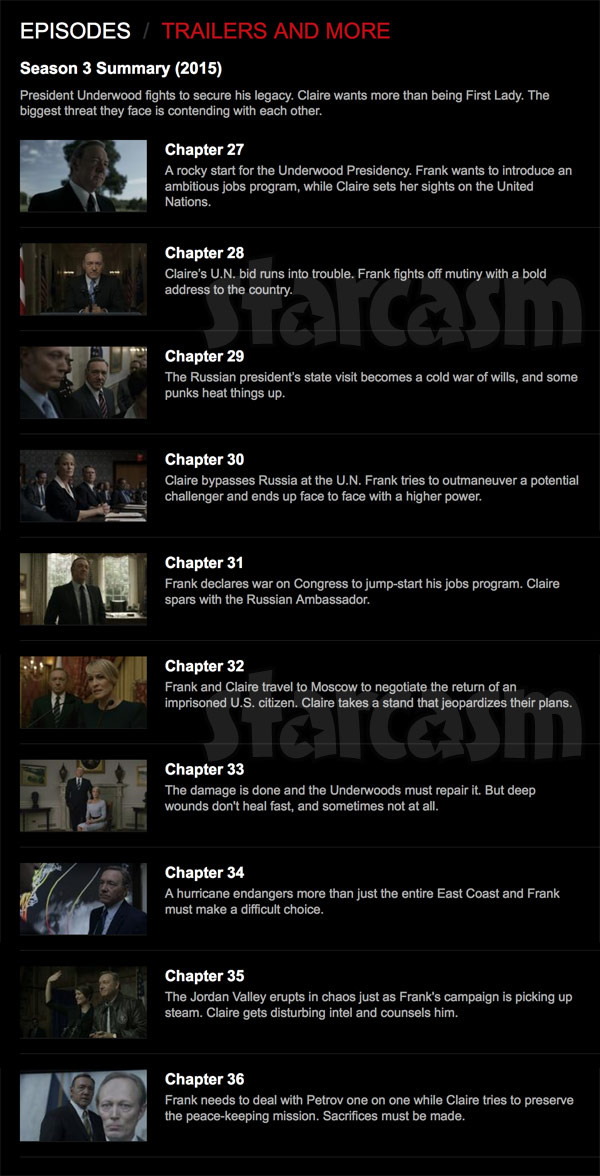 VIDEO Jimmy Fallon does a perfect House of Cards parody