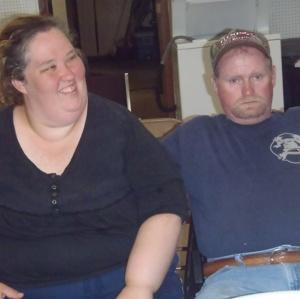 We’ve already gotten a peak into the differing perspectives of Mama June and her baby daddy Sugar Bear (Alana’s dad) during the first season of “Here Comes Honey Boo Boo.” Basically Sugar was smitten the first time he met June, but June was a little less impressed (but she does find Sugar Bear’s Santa costume “Smexy.”)

When Sugar Bear and June went out on a date for the first time, maybe ever, without the kids, they were asked about how they felt about each other. Here’s what they said then:

Sugar Bear “When I met June it was love at first sight, I know she loves me. She does a lot for me. We’ve been happy ever since.”

Of course, the evening culminated with Sugar Bear giving June the best gift ever, a bronze deer statue. 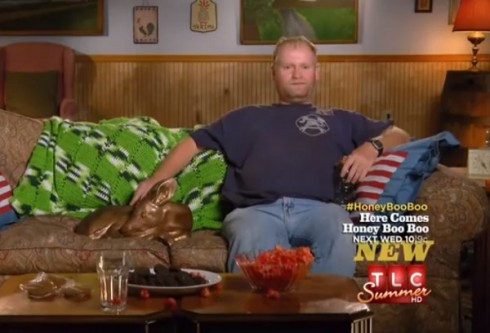 On tonight’s “Know Your Boo” special episode of Honey Boo Boo, June revealed that they met online, and that they were supposed to have a one-night stand:

“Me and Sugar Bear met out of a chatroom off the internet. It was just supposed to be a random hook-up thing, and here we go nine years later, had a kid.”

Looks like it wasn’t quite a “Catfish” situation, at least not for Sugar Bear, because it was love at first sight for him!

CLICK HERE to find out what Sugar Bear does for a living.