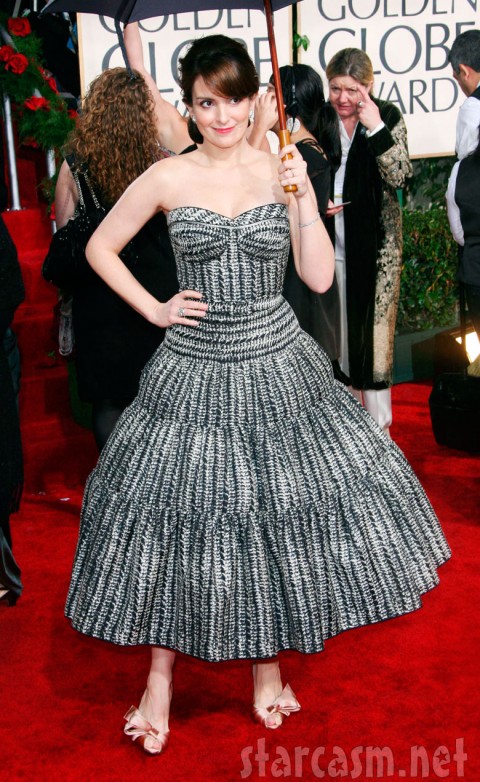 The planet’s sexiest nerd Tina Fey decided to abandon the androgynizing pant suit and grace the 67th Annual Golden Globe Awards red carpet in an almost cartoonishly girly strapless bell skirt. Speaking as a card-holding member of the Tina Feytish Society, all I have to say is… BLERG YES! 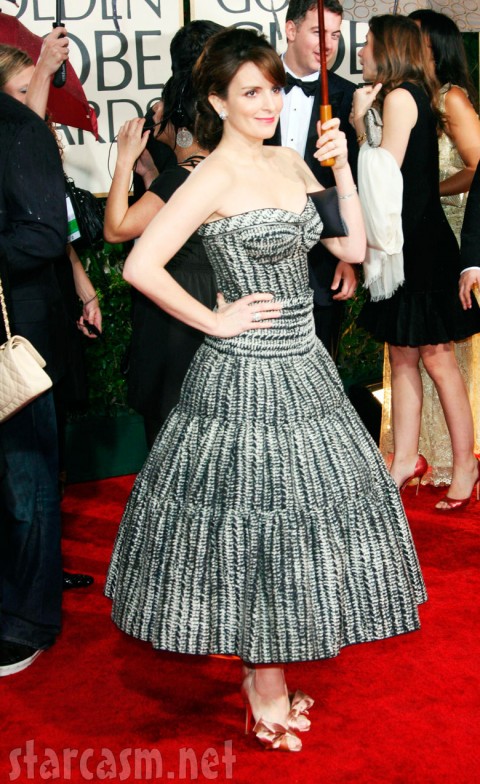 Mmmmmm…. look as those bare sassy-joke-writing arms! I sooooo want to go to there! As if her normal brainy fetish appeal wasn’t enough, Tina had the nerve to bring an umbrella and tote it about Mary Poppins-style!

In an attempt at a creepy-free sentence let me say, “Tina, by the hammer of Thor you looked great!”