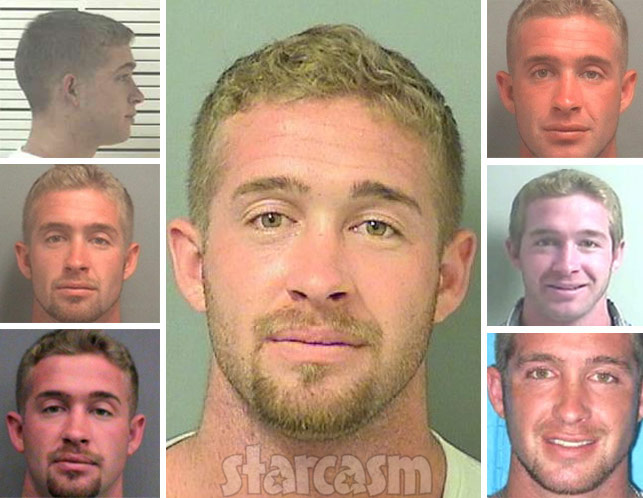 Bunting, who the cast bio calls “life of the party with a huge heart,” recently spent time in jail for his actions. On April 20th, he joked on Facebook about getting out of what he called the “Palm Beach County summer resort.” He also posted a picture of his sister, fellow cast member Shelby Bunting, giving him a ride from his court-mandated vacation: 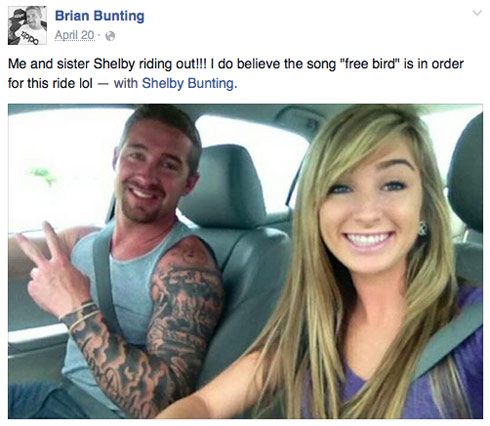 According to public court records, Bunting’s most recent jail stay was due to a probation violation stemming from a cocaine possession charge back in 2013. Then, on May 4th of this year, Bunting admitted to violating his probation, and was sentenced to 100 days in jail, in addition to having his driver’s license suspended for one year.

It looks like he was in jail before April, got out, and then went back in…

In late March of 2011, Bunting was involved in an accident that took the life of an Arizona cyclist participating in a Bike Florida event. According to a report from the Gainesville Sun, Bunting became distracted after dropping his cellphone while driving his Ford F-250. While attempting to retrieve it, he drifted to the shoulder of the road, where he struck and killed 65-year-old Robert Paul King.

The event was a fundraiser for the Florida Traffic and Bicycle Safety Education Program at the University of Florida.

Bunting was eventually cited for careless driving and in February of 2012 was fined $1,000.

Furthermore, Andreya Giansanti, Brian’s love interest on Gainesville, was recently charged with DUI. Her arrest only fueled the fire for a group of locals who want CMT to change Gainesville‘s name, arguing that “the characters on the show do not accurately represent the citizens of our fine city of Gainesville whatsoever.” Their request was submitted via petition on Change.org; so far, it has over 1,000 signatures.