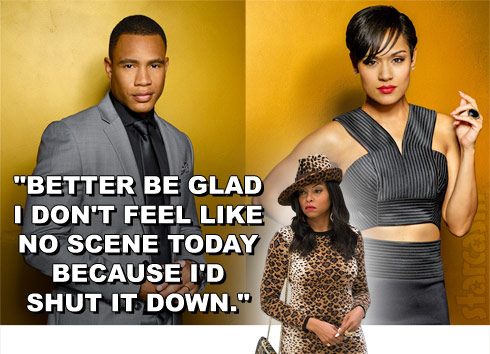 It’s hard to imagine the off-screen script of Fox’s super-popular, over-the-top drama Empire could ever rival what happens on screen, but at least for one brief moment that seems to be the case. Show stars Trai Byers, who plays Andre Lyon, and Grace Gealey, who plays Andre’s step-mom-to-be Anika “Boo Boo Kitty” Calhoun, are engaged!

Rumors of the two being an item have circulated for months, sparked by appearances together in which they appeared to be quite comfortable in each other’s company. Here’s a photo of Trai and Grace together at the 2015 UNCF Evening of Stars in April: 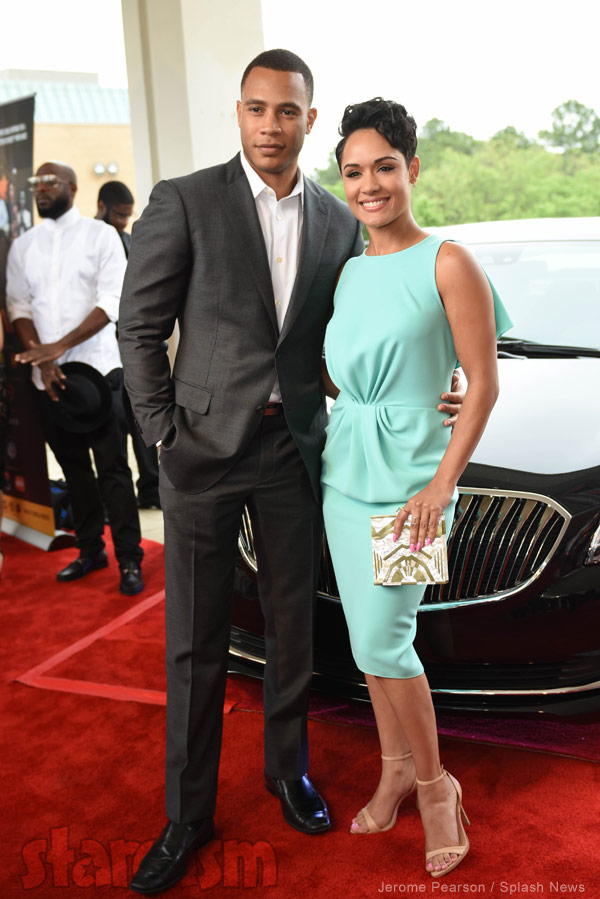 Numerous media outlets have confirmed the news after Anika was spotted wearing an engagement ring at her surprise birthday party thrown by Trai. “She thought it would just be the two of them going to dinner, but when they got there, he had arranged a party for about 20 of her friends and family members to surprise her,” a source tells E! News.

The couple shared photo collages from her birthday party on Instagram, and in a couple of them you can see Grace Gealey’s engagement ring: 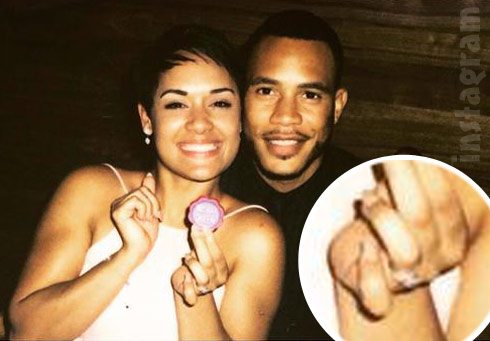 Had so much fun celebrating @gracegealey's life!! Happy Birthday to an exquisite human being! Thank you @kinmontchicago for hosting us. Amazing spot, wonderful food, UNFORGETTABLE night.

Despite their step-mom-to-be/son relationship on screen, Anika and Trai are actually very close in age with Anika, 30, actually being three years younger than Trai, 33.

Empire Season 2 is set to premiere on September 23 on Fox and will feature such big names as Alicia Keys, Chris Rock, Kelly Rowland, Lenny Kravitz, and Ludacris.

Miley Cyrus’ engagement ring is back on

Kelly Osbourne and Matthew Mosshart are engaged — see her ring