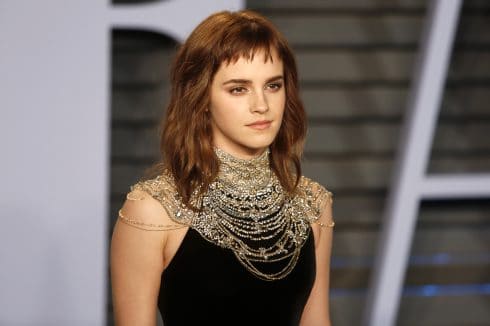 Emma Watson’s Oscar night statement tattoo had a major mistake. The Brown University graduate flaunted her new ink, located on her right arm, Sunday night at the 90th Annual Academy awards. She posed with the tattoo prominently visible to all cameras, but her timely phrase was missing an apostrophe. Instead of “Time’s Up,” her arm reads “Times Up.”

Of course this grammatical error can be pretty easily fixed (and I’m definitely not one to judge grammar errors,) but it does seem a bit odd that she didn’t proofread the two words of her tattooed political statement before showing the entire world.

Time’s Up is a legal defense fund set up to help victims of “sexual assault, harassment and inequality in the workplace.” During this year’s Golden Globe awards many men and women sported a Time’s Up pin to show their support, but Emma is possibly the only person who’s had the catchphrase tattooed on their body.