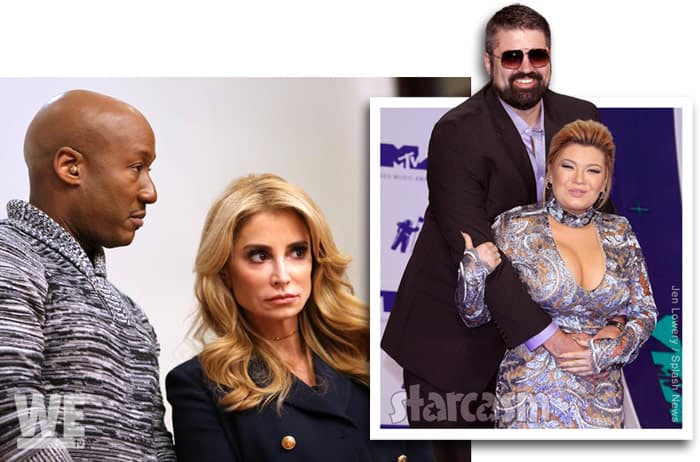 Teen Mom OG star Amber Portwood broke up with her shifty ex Matt Baier for good while filming Marriage Boot Camp: Reality Stars in July, but it didn’t take the reality starlet long to move on. Amber surprised everyone when it was revealed that she almost immediately began dating Andrew Glennon, who was a member of the Marriage Boot Camp production crew. The relationship moved rapidly, and it was announced on November 1 that Amber is pregnant with her second child.

The rapid rebound has drawn some criticism from fans, especially given that Amber and Andrew got pregnant just months (weeks?) into their relationship. But it seems that fans aren’t the only ones expressing their concerns over the timing of the relationship and pregnancy. Both Marriage Boot Camp co-hosts, Dr. Ish Major and Dr. Venus Nicolino, have recently offered up their less-than-favorable take on #Ambrew.

“The issue with [Amber’s new relationship] is the impulsivity of it,” psychiatrist Dr. Ish tells In Touch. “You are in a program designed to get you some closure and move forward in your life, in wherever direction that takes you — but while you’re in the program, the guy you came with doesn’t work out, so you end up with another guy, and you ended up getting pregnant — it’s a mess.”

Dr. Ish then goes on to explain that Amber’s quick rebound is indicative of a “pattern of her impulsive behavior,” before saying that is it also evidence of Amber “being unable to be alone.” He worries about Amber’s relationship with Andrew and believes that it may suffer some of the same issues she has experienced in all of her previous relationships.

“The thing that’s the same in every dysfunctional relationship she’s had is her,” Dr. Ish states. “She’s the common link. That makes me worry for her in this relationship also.” 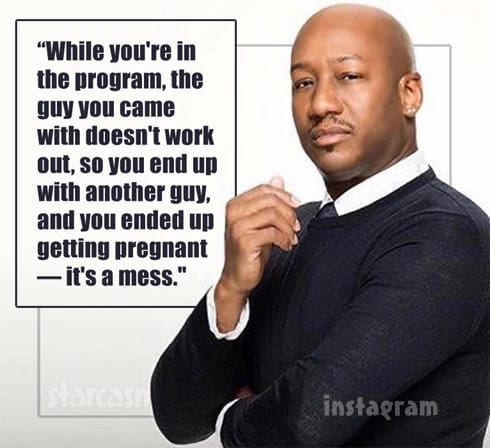 Psychologist Dr. V also talked with In Touch and expressed her concern over the fact that Amber leans on her nine-year-old daughter Leah and unborn son James Andrew for “stability” in her life. “While that’s not necessarily a bad thing, we shouldn’t find stability in our children or in our relationships. Stability needs to come from within us,” Dr. V points out.

In Amber’s defense against Dr. V’s claim, she found it very difficult to make time for her daughter Leah in the months after her breakup from Matt — a topic that has been a central story line for Amber on the current season of Teen Mom OG. So it does appear that she was leaning more on Andrew for “stability” than her daughter, at least during those rough times.

Fans may recall that Amber was very vocal about regretting her appearance on Marriage Boot Camp: Reality Stars. “I’m doing a show that I should have never agreed to do,” she tweeted while still in the house back in July.

UPDATE – Amber’s brother (and sometimes the only voice of reason in her life it seems) Shawn Portwood responded to The Ashley’s article posted couple days after this one in which he points out the VERY positive influence Andrew has had on Amber:

I respect his opinion but he doesn't know crap about how she is now. I know my sister and I can say with certainty that Andrew has helped turn her attitude around. She is a much more pleasant person to be around now.

Meanwhile, Amber and Andrew continue to remain together as they prepare for the arrival of little James! Amber has been sharing their pregnancy journey on Instagram, and here are some recent photos of them — including a great one of Leah practicing for the arrival of her little brother:

Andrew reading his baby book and me making sure little James is a healthy boy!!? #LifeisBeautiful

Spending time after a doctor's appointment at Falls Park! Absolutely adore this place?

My beautiful booboo yesterday at my baby shower holding a little baby doll getting ready for little brother James?