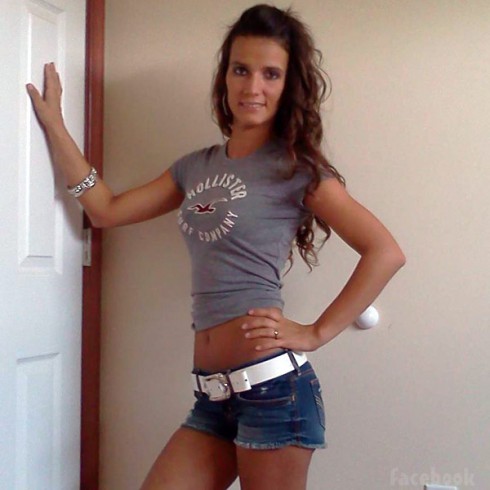 The series premiere of TLC’s new My Big Fat American Gypsy Wedding spin-off series Gypsy Sisters was only three days ago and it seems we already have casting news for Season 2!

TLC’s official MBFAGW/Gypsy Sisters Facebook page posted a promotional photo of Laura (Click here to see all the official Gypsy Sisters promo photos!) along with the words “Meet Laura: Tanning, shopping and looking hot for her husband. Enough said.” But, it seems that it wasn’t enough said because there were a string of comments .

Laura’s cast mate Nettie made a comment that read, “Where’s Laura she’s been MIA she don’t wanna be around us!?!?!?!” Kayla’s sister, and Laura’s sister-in-law, Annie Johnston responded by writing, “Nettie u no the deal cuz I’m gonna be the new person filming with y’all for good I can’t wait.” So it sounds like we may be seeing a lot more of Annie! 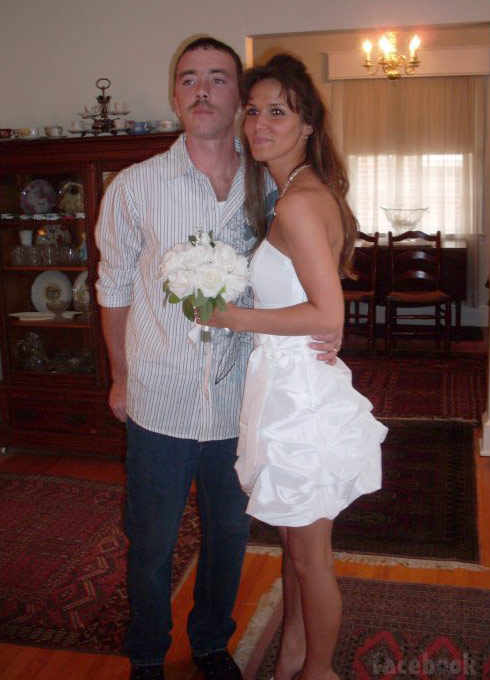 After that, a post was made by someone claiming to be Laura’s husband Gus Johnston (seen with Laura in the photo above) under the Facebook ID for a Wayne Mills with a bombshell announcement! (I assume Gus doesn’t have a Facebook page.)

Most of the rest of the comments after that seemed to ask the same question that came to my mind, “Who is hating on Laura?” Gus did not return to answer that question.

Annie, however, did return to the Gypsy Sisters Fan Group Facebook page where there was a discussion about whether or not Laura was really leaving the show, to which she replied:

That looks like a real deal pretty much almost confirmation right there! UPDATE: We had a source tell us that Laura IS NOT leaving the show, and that they were just creating the Facebook drama to create a smokescreen of sorts.

Someone in the comment section below, who appears to be claiming to be close to Gus, claims that both Gus AND Laura made the decision to quit the show, not Gus alone. We also want to reiterate that these Facebook screencaps are from the Official TLC Facebook fanpage, and a public Facebook fan group for the show. The Facebook group has since been made private, but appears to be started as a means for fans of the show to interact with the cast members. It’s description reads “A place for fans and stars of Gypsy Sisters on TLC to chat!”

If Laura is indeed leaving the show I’m gonna be bummed — she was such a nice contrast with Mellie! Laura’s scenes were like the calm before the storm — i.e. Hurricane Mellie. Plus, I’m a dude, and Laura is damn fine y’all! She kind of reminded me of of Kristin Davis from Sex and the City, only living in a camper in West Virginia instead of New York City, and using bleach for toothpaste instead of, well, toothpaste:

Thanks to @WeLoveMellie and @StanleySisFans on Twitter for the heads up!

In the initial post I erroneously referred to Annie as Laura’s step-sister when she is Laura’s sister-in-law. I have since made the correction. Thanks to the commenters below for pointing it out.

There is a lot of drama in the comments section that appears to be between family members who are upset that we even published this post at all. We didn’t paint anyone in a bad light, simply reported things that were reported on public Facebook pages that revealed Laura is leaving the show, which is news because she is a reality show star. Many of the angry comments below from purported family members and friends are also saying that Laura is leaving the show. A major point they seem to want to clear up is that it was both Laura and Gus’ intent, not Gus’ alone, for her to quit.