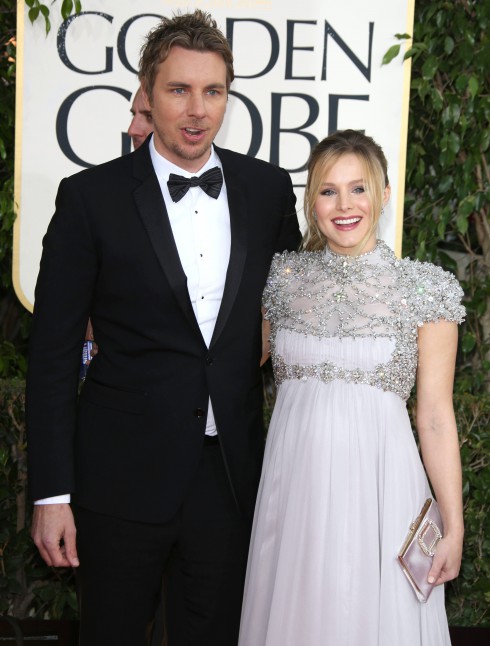 Dax Shepard and Kristen Bell are engaged and expecting their first child together so in the grand scheme of things, it’s a very exciting time in their lives. Unfortunately, tragedy struck their lives late last year when Dax’s father lost his battle with cancer at the age of 62. Before he passed, Dax and Kristen spent a very emotional moment with him and their unborn baby.

Last week, Dax opened up about the special meeting between his dying father and his unborn baby on his Tumblr account. He wrote, “My wife walked into the room. She had flown in from LA without any warning. It was a surprise. It was an amazing, incredible, perfectly timed surprise.” 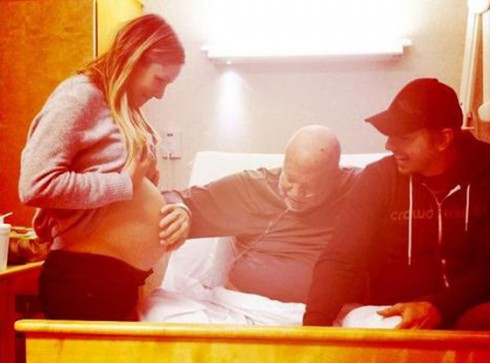 “She lifted her shirt up and he put his hand on her swollen stomach. He left it there for the better part of an hour. He was smiling from ear to ear, sitting contently, unable to put together a sentence, but still capable of connecting to the new family member we were creating.”

“He wasn’t going to make it to the birth, but that didn’t get in the way of him meeting the new baby. It was an emotional and triumphant moment. One I will never forget,” Dax continues. “If I live to be a thousand, I will still be in debt to my wife for giving him that one last thrill.”

Dax and Kristen’s baby is due in late Spring.

PHOTOS When is Kimbella due? LHHNY star reveals pregnancy after reunion special