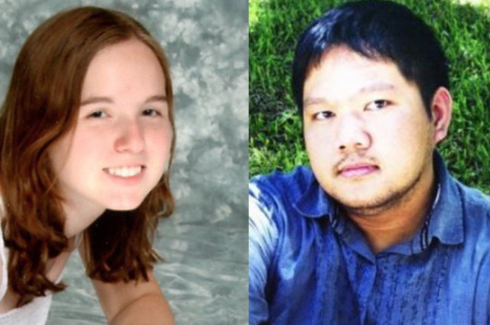 Tonight’s Dateline deals with the 2009 murder of Dallas art student Samantha “Shelley” Nance. At the time of her murder, 20-year-old Shelley was enjoying her life in Dallas after growing up in small town Italy, Texas, and was in a relationship an adorable relationship that prosecutors say Daniel Willyam, her boyfriend’s roommate, became obsessed with.

According to authorities, Willyam became so jealous of Nance and her boyfriend that he ended up stabbing her 42 times in her back and neck in her own bed. Assistant District Attorney Dewey Mitchell said at the trial, “It was not a burglary. It was not a sexual assault. It was hatred.” Willyam is currently serving a life sentence for Nance’s brutal murder.

William was a gay former Navy pastry chef attending the Art Institute of Dallas with Nance. Her mother Cynthia is speaking out for the first time on Dateline because she wants “people to see the person I knew that no one else knew.”

was my youngest daughter, one of three,” Cynthia said. “She was everything. I just need people to know that she was alive and she had dreams for the future, and that we’re not going to forget her and I don’t want anybody else to forget her.”