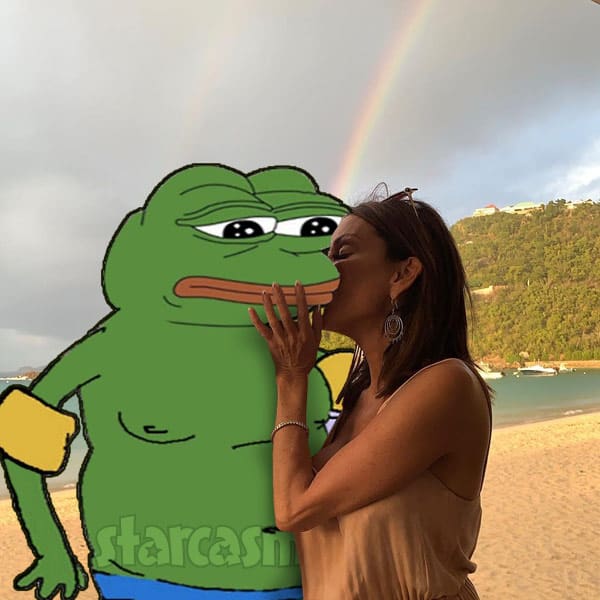 The Real Housewives of New Jersey star Danielle Staub continues to show off her inverse Midas touch when it comes to relationships! It’s only been a week since the reality star announced she was engaged to Duke Oliver Maier with plans to tie the knot at a New York courthouse earlier today. During those seven days, the Duke reportedly got “blackout” drunk and almost drowned in the sea, their wedding was postponed, and a new report indicates that the Duke may not really be a Duke at all.

First, the Duke’s inebriated dip in the Caribbean Sea. An eyewitness who was staying at the same St. Barth hotel as the couple tells Radar Online that Danielle and Oliver were getting drunk by the pool when he decided to go for a swim. “He swam all the way out,” the eyewitness says. “It was alarming cause he was s**t faced. He was swimming back and he couldn’t get out of the ocean so I called someone for help.”

The Duke’s shoreline rescue was captured on video, and in the clip you can see Duke Oliver having difficulty standing as a wave knocks him completely around:

According to Radar’s source, the Duke was not a big fan of being rescued. “Don’t touch me!” he reportedly screamed. “You don’t know who I am! I’m the Duke! Who do you think you are?”

A witness attempted to alert Danielle to her fiance’s predicament, and the Duchess-to-be merely confirmed: “Oh no, my boyfriend doesn’t like to be touched!” Noted.

Danielle and Oliver managed to make it back to New York City, where the Duke purchased Danielle a 5-carat ruby engagement ring from Van Cleef & Arpels over the weekend. Ah, but the wedding of the century was not to be!

Multiple sources are reporting that the nuptials were put on hold due to opposition from Danielle’s daughters, Christine (25) and Jillian (20). A TMZ paparazzo caught Danielle just after she picked out her ring, and he asked her about the wedding. “My daughters are pushing back,” she said. “We might not do it Monday,” she added.

Danielle’s comments were echoed by a source for US Weekly. “Danielle’s daughters haven’t met him yet,” the source says. “After today she realized she wants to bring her kids into the process more. The wedding has been postponed. Her daughters were surprised because everything happened so fast.” 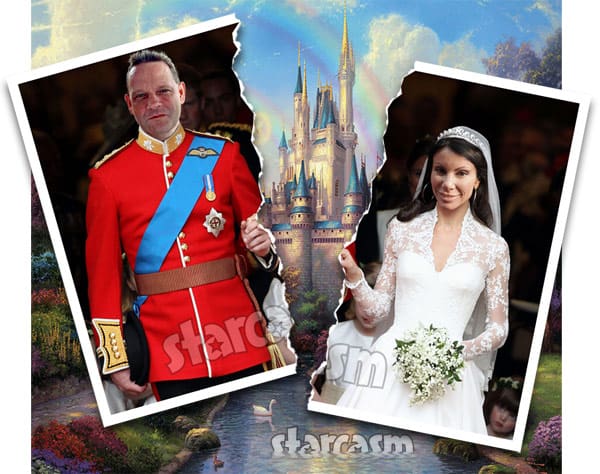 UPDATE – While writing this post we got another update — THE WEDDING IS OFF! Danielle and the Duke have split! “Multiple sources” confirm the split to US Weekly, adding the extra splash of tea that Oliver didn’t wind up paying for the engagement ring either. The tabloid did not have any specific information or quotes about the split.

Meanwhile, it turns out that the Duke may not be a Duke at all! Or, at best, he is only a Duke via a centuries-old outdated lineage.

Although the Real Housewives of New Jersey star’s new fiancé, Oliver Maier, says he’s the duke of Provence, there’s actually no such thing. Provence was inherited by King Louis XI of France in 1481 and subsequently became part of the French royal domain — making Maier’s title obsolete.

“He’s a descendant of the duke from around 700 years ago,” an insider recently explained to Page Six. “The lineage doesn’t exist anymore. The title is pointless.”

And I just want to add that when People initially broke this story, the not-really-a-Duke’s name was Olivier. That was apparently wrong, and his actual name is apparently Oliver.

So, no Duchess Danielle for Housewives fans. 🙁 Of course, Danielle moves FAST, so perhaps she can do a quick turnaround on engagement number 22 with another royal bachelor! Personally, I can’t wait because I want to be the first to call him “Catch 22!” Stay tuned!

RHONJ’s Jim Marchese has a long history with fraud cases