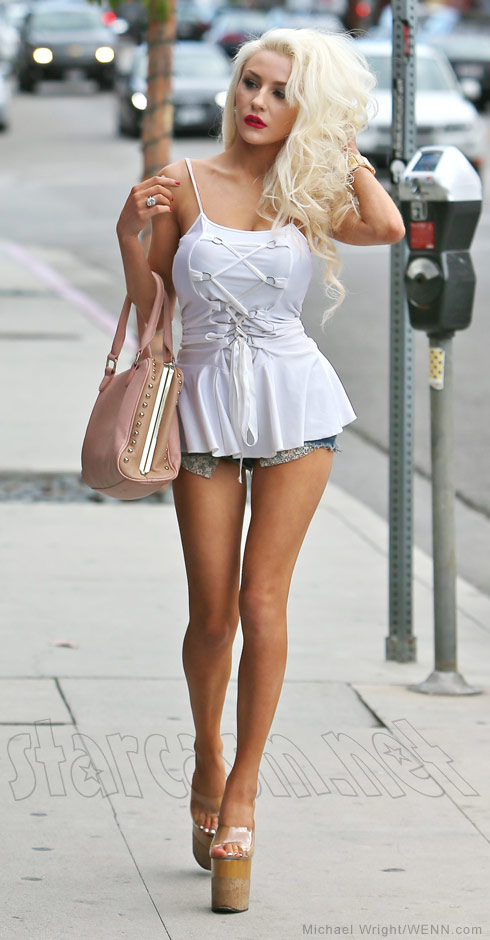 Teen bride Courtney Stodden took to the streets yesterday in her usual eye-popping PG-13 attire that included a towering pair of platform heels and a pair of denim short short shorts (above). But, even the eyebrows of those accustomed to Courtney’s streetwalking fashion were raised a bit when Courtney popped in to do a little shopping at… a children’s store?!? Could it be that Courtney Stodden is planning on becoming a teen mom?

With the internet abuzz about the possibility, E! News caught up with 18-year-old Courtney at the street launch party for designer Maggie Barry’s M8 collection yesterday and asked her about the rumors, which she was quick to shoot down.

“I don’t see kids in my future right now, nor does my husband,” Courtney says, referring to her 52-year-old spouse Doug Hutchison. “I mean, I’m at a time in my life where I’m coming into my own and I don’t need to be coming into pregnancy right now.”

She then laughs and adds, “I’m the only baby in the house right now.” 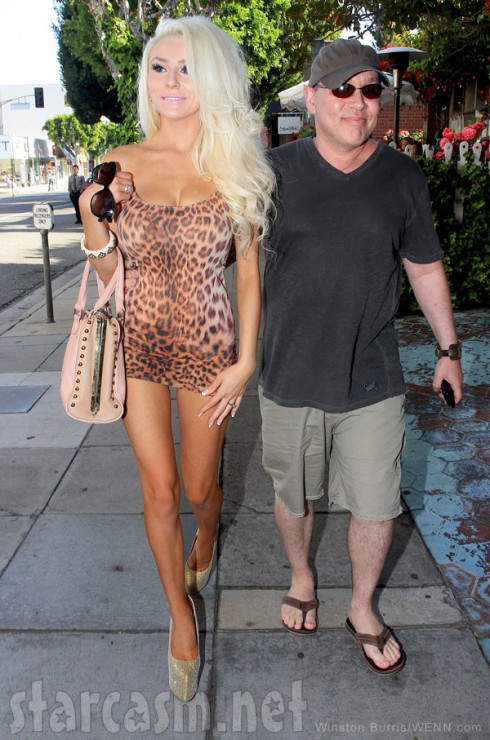 Shortly after Stodden married Hutchinson when she was just 16 years old, her mother said the newlyweds were taking precautions to avoid unplanned pregnancy.

However, it was later revealed that the newlyweds weren’t exactly on the same page with their future goals.

“He wanted a baby and I did not want a baby,” Stodden told E! News last October. 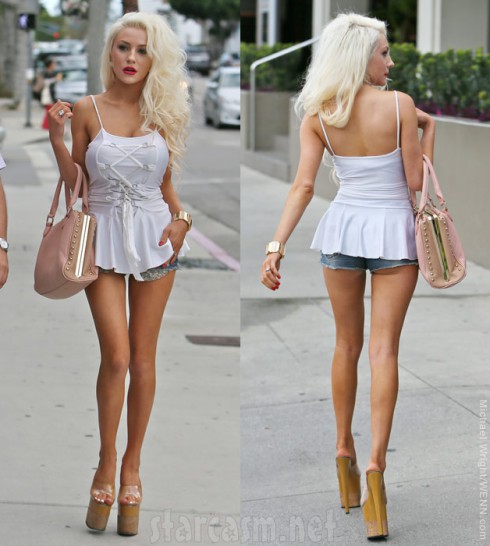 After arguing about when would be the best time to have children, Stodden and Hutchison agreed to work out their issues on Couples Therapy.

“We come together on everything,” Hutchison said. “But it is something we contend with based on our vast age difference.”

Planning to conceive is a personal decision, but Hutchison should keep in mind it’s better to hold off on kids until your wife stops accidentally referring to you as “Dad.”

It’s only funny until a real baby comes into the picture, Dourtney.