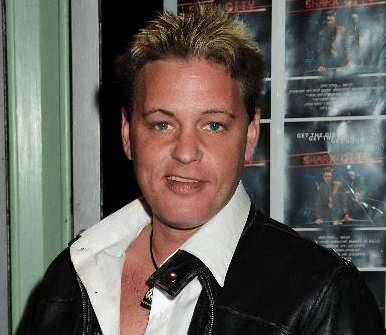 According to reports from TMZ and RadarOnline, 80’s star Corey Haim was still alive when paramedics arrived at his apartment in Burbank early Wednesday morning. When they arrived Corey was reportedly weak, but conscious. He fell to his knees when he tried to get out of bed. Paramedics spent 20 minutes inside his apartment before carrying him out on a stretcher.

He was pronounced dead at 2:15 a.m. at St. Joseph’s Hospital in Burbank, California.

Haim was living with his mother Judy, and taking care of her while she battled cancer. He had an upcoming movie project (titled SAD: Standard American Diet) coming up in two months with director Tim Vogel. According to Radar, Haim had the lead role in this movie, and Vogel thought he was completely off drugs.

Haim’s drug of choice were prescription pills, which have been claiming the lives of many high-profile people over the last several years including Anna Nicole Smith, Heath Ledger, Michael Jackson, and Brittany Murphy, to name a few.

Rachel Zoe is 8 months pregnant, why is her baby bump so small?

Does Bernie Madoff have a secret $9 billion?