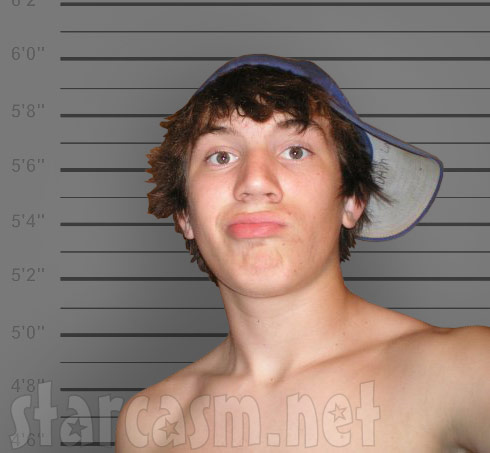 In addition to being a lazy insensitive jerk, Teen Mom 2 Chelsea Houska’s baby daddy Adam Lind is also guilty of a number of actual “breaking the law” crimes! The current issue of In Touch weekly reveals that the villainous reality star has a rap sheet that “includes arrests for reckless driving, underage drinking and burglary.” But that’s not all! From In Touch:

According to police sources, Adam was incarcerated February 20 to March 2 on a work release program – he could go to work but spent his nights behind bars.

That sounds exactly right! The Adam we all know and loath could have gone to work but chose to spend his nights at Chelsea’s apartment, paid for by Chelsea’s dad.

The charge this time around was for hunting violations and for trying to evade police. Man – I would give a lot of money to watch that police chase go down! 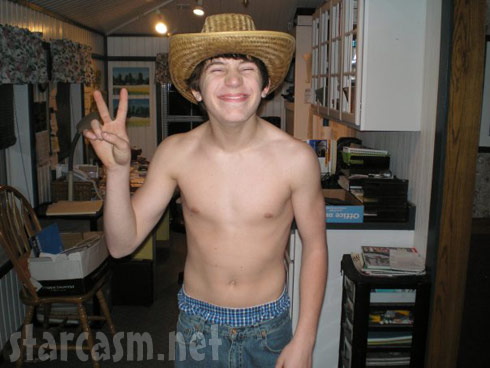 As far as Chelsea and Adam go (or Chelsam), it appears as though Chelsea has once again severed ties. Here’s a Twitter exchange from March 8:

@ChelseaHouska did u get rid of that kid yet? come on now. ur to hot for that sh!t. hahhh

@Jmaistros haha took a while, but he’s gone nowwww 🙂

That was preceded on March 4 by Chelsea tweeting:

So Chelsea is single and ready to mingle y’all! You hear the call Sioux Falls? There’s gotta be some decent dude in that town ready to step up and be with two lovely females – one of which has a great sense of humor and an entertaining propensity for changing hairstyles. (The other is just plain adorable) The only drawback is that you not only need to get the approval of Chelsea’s dad, but also millions of Teen Mom fans (and bloggers) like me.

For what it’s worth – good move Chelsea! And glad to hear the rift between you and Megan (caused by Adam) was able to be mended!

Adam joins Kailyn’s baby daddy Jo and Jenelle’s baby daddy Andrew (Jenelle has since pretty much admitted Andrew isn’t the father of Jace) in the “Teen Mom 2 Spent Time In The Joint Baby Daddy Club.” That only leaves Corey, so keep an eye on that boy Leah! He might be out robbin’ a bank right now!

***No, the photo at the top of this post is not Adam Lind’s actual mug shot, although it is actually Adam Lind (You can tell because he wrote his name on the underside of the bill)