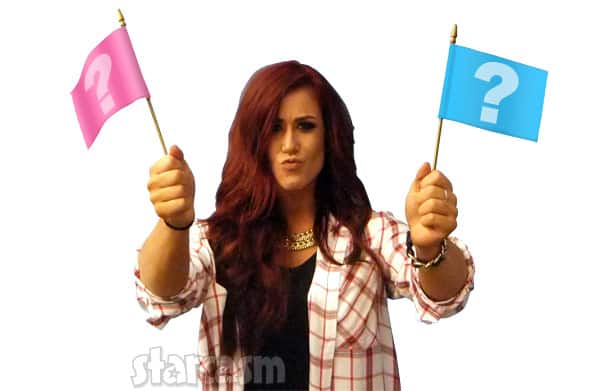 It’s been four months since Teen Mom 2 star Chelsea Houska DeBoer announced she is currently pregnant with her second child and tonight the newlywed bride FINALLY announced the sex of her baby!

As you would expect, the announcement came via social media in the form of two Instagram photos featuring Chelsea, husband Cole DeBoer, and big-sister-to-be Aubree holding a clothesline with boys’ clothes pinned up with blue clothespins. Here’s the first one posted by Chelsea: 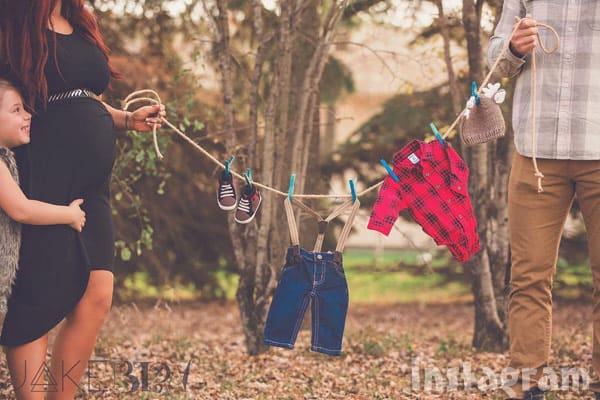 Dad-to-be Cole also posted a clothesline gender reveal photo in which you can see the entire DeBoer family a lot better: 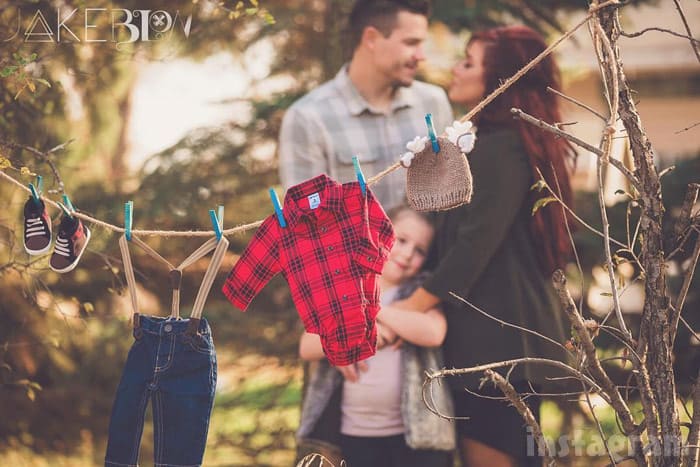 Introducing the most amazing man on the planet… our little sweetie @chelseahouska
Photo by: @jakephotographysf

UPDATE – Chelsea has since posted some additional photos and a message to fans on ChelseaHouska.com! Here is Chelsea’s message — click the link to see the photos!

You guys! We are so excited to be adding a little guy to our family! His little closet is already filling up with plaid ?

I’m just about at 26 weeks and sooo close to the 3rd trimester, which means we will be in the home stretch. This little dude is constantly kicking and rolling around, and both his daddy and sister always have their hands on my belly to feel him.

Cole is the PROUDEST man I have ever seen, and cannot wait to have his son. He’s already planning his future hunting and fishing trips, haha!
Thank you guys for always being so supportive of our family! We cannot wait to be able to introduce our new addition in a few short months

Chelsea stated that she and Cole knew the sex of the baby way back in August, and at the time she said they planned on doing a gender reveal “in a month or so.” Prior to the reveal tonight, Chelsea teased fans on Twitter:

We miiiiight be making an exciting announcement about baby DeBoer tonight ??

We’re SUPER excited for Chelsea, Cole, and Aubree and cannot wait to meet the newest grandchild of Dr. Randy Houska! Chelsea is due in February, so it won’t be long now. 🙂 Stay tuned!

Great pic, love how it is all about baby boy, can't even see your or Cole's face. Aubs looks elated! https://t.co/zA5bqYZjn7