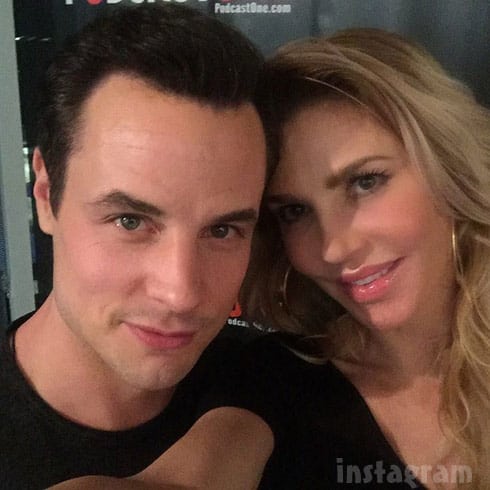 Hollywood’s most creative feudster Brandi Glanville continues to come up with ways to get back at singer LeAnn Rimes, who famously had an affair with Brandi’s husband Eddie Cibrian, before later marrying him after his divorce from Brandi. So what is Brandi cooking up this time? Exactly that: cooking. Brandi is pairing up with LeAnn Rimes’ ex husband Dean Sheremet, another casualty in the LeAnn and Eddie affair, to compete on the reality cooking competition series My Kitchen Rules.

The series is based on the popular Australian reality series of the same name, which features teams of “two contestants with pre-existing relationships” competing against each other to “transform an ordinary home into an instant restaurant complete with theme and table decorations for one pressure-cooker night.”

Brandi and Dean have already responded to the announcement that they would be on the show by both posting the following photo together on Instagram: 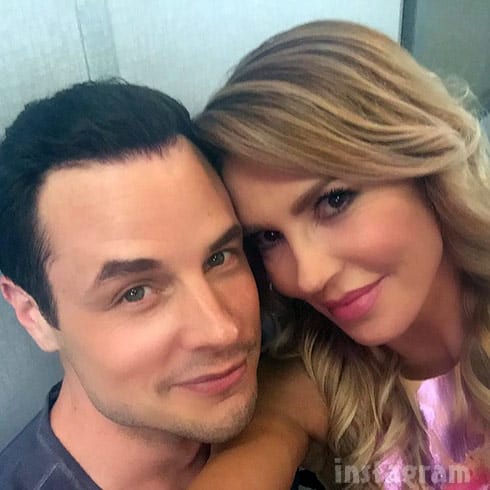 “Hide the wine and sharp knives,” wrote Dean, “because it’s officially on! ????” Brandi simply captioned the photo with: “Next chapter ? #cooking”

Let the games begin ? @Deansheremet -Don't let me to close to the knives ? pic.twitter.com/7Ja6pGeE1x

@Deansheremet glad we've stayed friends over the years &that we are all finally in a good place #drinking&cooking ?

More about the concept of the Australian version of My Kitchen Rules from Wikipedia:

Grouped into two, the teams initially are to compete in an instant restaurant round. Each episode focuses on one team’s day of cooking, setting up their instant restaurant and serving a three-course dinner—entrée, main, and dessert—for the judges and their opposing teams. Teams could only start cooking three hours before the other teams and judges arrive at their house. After the team served all three meals to the judges and their opposition, each opposing team must rate the total meal out of ten, then each main judge must rate each of the three courses separately out of ten. The lowest scoring team will be then at risk of elimination.

According to TMZ, Brandi Glanville and Dean Sheremet will be joined by other aspiring celebrity restaurateurs, including Lance Bass, Andrew Dice Clay, Naomi Judd, Ray J and Brandy.

In case you were curious, Dean Sheremet is quite qualified to be on a cooking competition show. In addition to being a professionally trained chef, he is also the author of Eat Your Heart Out: The Look Good, Feel Good, Silver Lining Cookbook.

In contrast to Dean, I’m not sure how much Brandi will be bringing to the table. If the format was like Top Chef where all of the teams were competing in the same kitchen, then clearly her skills at stirring up drama with the ladies while distracting the men with her hawtness could be of some assistance. But, given the format of My Kitchen Rules, I’m not sure Brandi’s skill set is going to help with much other than ratings. But who knows? Perhaps Brandi will surprise us all!

There is no release date for the US version of My Kitchen Rules, nor any additional info such as what network it will be on. Kinetic Content (the production company behind other reality series such as Little Women: LA, Man Vs. Child, and Married At First Sight) purchased the US rights to the show back in 2012, so it is assumed they are the ones putting it together.