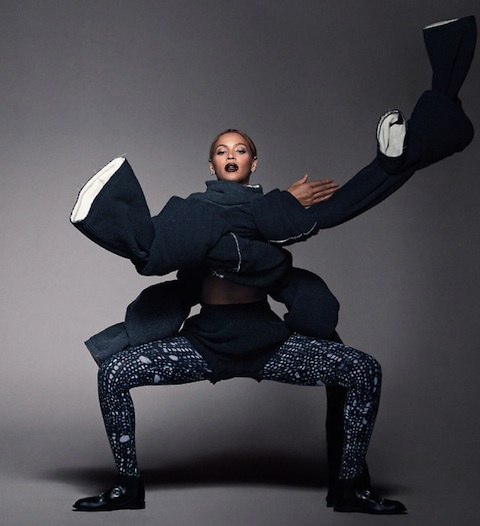 Beyoncé has contributed to the annual CR Fashion Book in a big, if unexpected, way.

In addition to the modeling she did for the magazine, the pop superstar has submitted some of her very own verse.

Entitled “Bey the Light,” the poem consists of Beyoncé’s thoughts on herself, her career, and her daughter, which were then “remixed.”

What “remixed” means isn’t exactly clear. It appears to be shorthand for “turned into poetry,” though that translation is itself subject to re-interpretation.

We do know that decorated poet Forrest Gander, who teaches at Brown University, did the remixing.

What do the more prominent critics say? Well: MTV is its usual stoic and balanced self in its review of the poem, calling it “flawless” and warning you to “get ready to cry.”

The Wire, by contrast, posits that it is “not flawless,” and offers the following comparison:

You know when a friend works really hard on a project, then asks you to take a look at it and it’s not good? But you can’t tell them what you really think about it, because god, they worked so hard and you can’t crush their dreams?…If Beyoncé were to ask us what we thought, we’d say she looked so beautiful in the photo shoot! She always looks so good. The poem? Oh, well, she really used some interesting words! Mhmm. Yeah….It isn’t good.

Oof. Of all the takedowns there are, poetry takedowns have got to be among the roughest.

So: What do you, the viewers at home, think? Here’s Beyoncé’s poem, in its entirety: 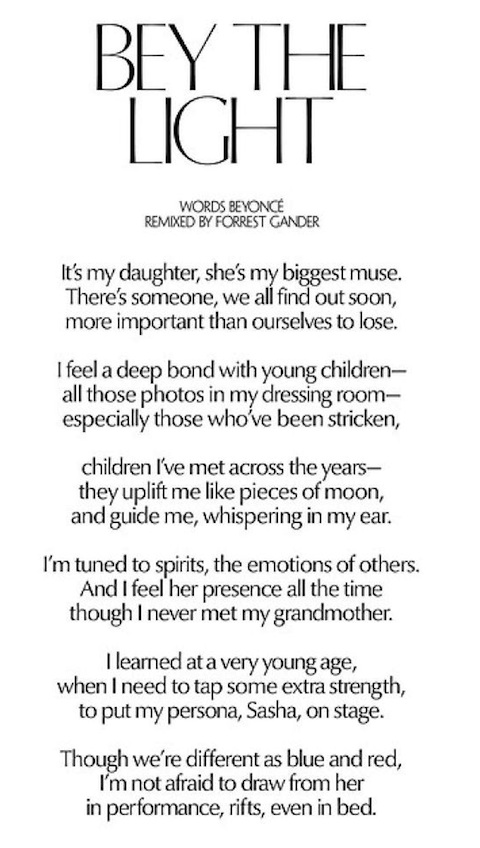 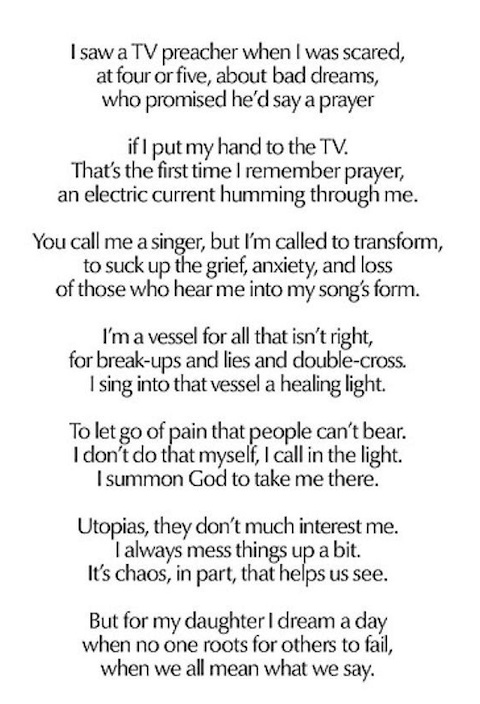 Where does Beyonce buy her clothes? (Well, assuming she buys them)