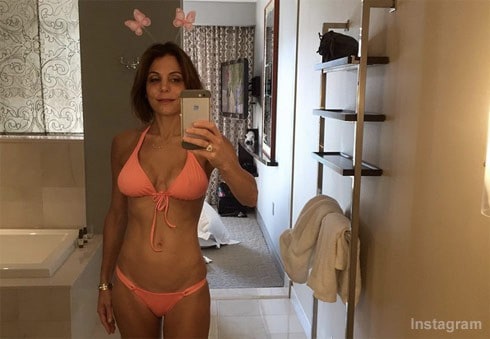 Bethenny Frankel’s growing fatigue and escalating pain became a part of the story line for the current season of Real Housewives of New York City. Today the Reality TV star and business mogul went on a full media blitz as she opened up about the condition that led to her health issues.

Frankel appeared on Good Morning America, provided an interview with People and posted an in-depth piece via Facebook in which she discussed her uterine fibroid condition.

She told People, “I’d lost 10 percent of my blood, my uterus had doubled in size and my fibroids had grown larger. I was scared.”

After noticing cramping and excessive bleeding 3 years ago her doctor diagnosed her with non-cancerous fibroids.

Later, a few years back, I experienced bad cramping and spotting, and, through a sonogram, discovered cysts and fibroids on my uterus. I was told these are common, and that surgery was not necessary. I had experienced a miscarriage before that time, and I realize now that the fibroids were likely the cause of that miscarriage.

When I lost the baby, I was surprised to hear how common miscarriages are. Understandably, people don’t shout this painful info from the rooftops, but hearing from other women and being open about it was healthful. What a sad and lonely experience.

To say that there was a lot of blood would be a massive understatement. Because I assume only women are reading, I will be detailed in explaining that I ruined my rug, my linens, bled all over my car and through dozens of pads and tampons. Not to be too graphic, but to hopefully help someone, it was literally clumps of blood.

Bethenny went on to say that she delayed her surgery for a while but a trip to Aspen and a recurrence of heavy bleeding set her straight. “I told my MD to take a picture of what came out of me, and it was insane how large the fibroids were. The days in the hospital were challenging, the week after wasn’t a picnic, the scar seems a little worse than from giving birth, but, getting up and moving around a week later made my recovery way quicker than eve,” she wrote.

Frankel admitted to being embarrassed about being so frail during the taping of the show but that in hindsight she’s grateful that her circumstance might help others who are going, or will go through, what she has.

She listed four important suggestions she has based upon her experiences:

— Find a doctor you trust and don’t be afraid to ask questions.
— Bring a friend, family member or loved one to your consultations, so that they can advocate for you (sometimes too much medical information is confusing… it’s good to have a friend there to take notes!) I tend to zone out.
— Listen to your body. If you need rest, REST.
— Don’t feel shame. Other women are going through the same issue and it’s okay to talk about it.

Bethenny also made sure to thank costars Dorinda Medley and Carole Radziwill for going to the hospital with her and Ramona Singer for checking in every day.

Time followed up with a brief but informative piece today on the links between uterine fibroids and miscarriages.