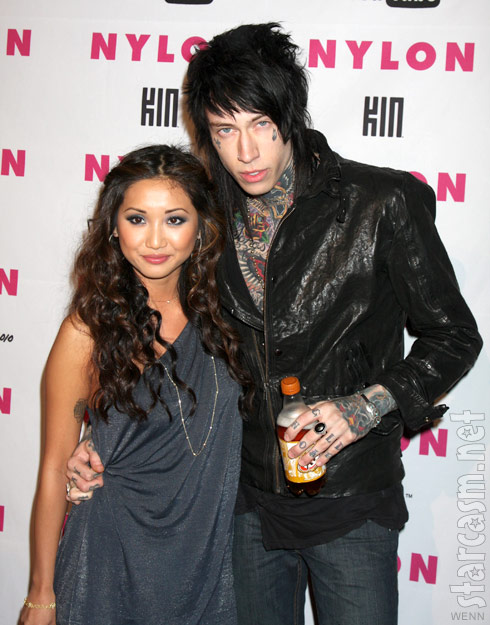 Miley Cyrus is going to be an aunt! Oh, and we can soon start calling Billy Ray Cyrus grandpa.

These Cyrus family title changes are all thanks to Miley’s brother Trace Cyrus, who is expecting his first child with girlfriend Brenda Song.

Brenda, the 23-year-old star of The Suite Life of Zack and Cody and The Social Network, started dating 22-year-old Trace, tattoo addict and guitarist/singer for the band Metro Station, more than a year ago. The couple made their relationship public when they appeared together at The Nylon Magazine Young Hollywood Party in May of 2010 (see photo above).

After their “coming out party” at the Nylon event, Brenda showed support for her man by modeling his line of Southern Made Hollywood Paid (SMHP) clothing. Here are a couple side-by-side shots of the two gettin’ their matching fashion on! 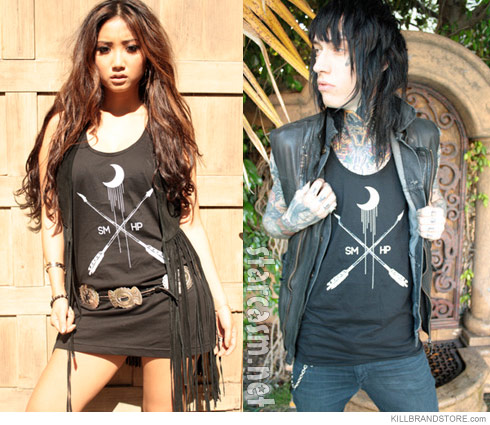 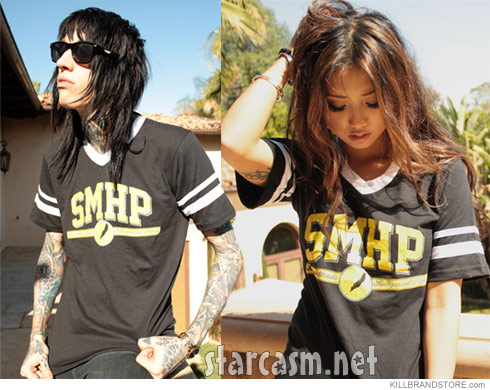 Celebuzz broke the pregnancy story yesterday and so far there has been no official response from either Brenda or Trace. But, if the story is true, then congrats to B & T!

As a special treat, here is our prediction of what the little guy will look like, if it’s a boy: 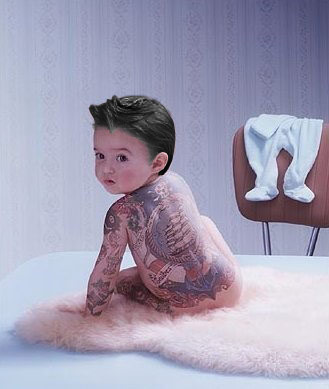