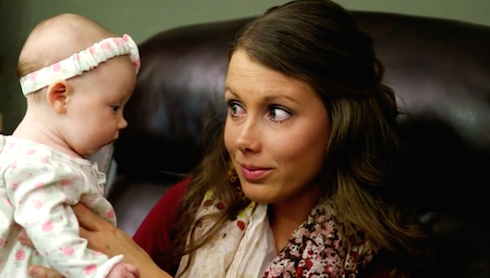 Jill & Jessa: Counting On, TLC’s first Duggar family production since the cancelation of 19 Kids and Counting this past summer, airs the first of its three parts tonight. In advance of the episode, the network has released another preview clip–one in which Anna Duggar shares a bit more of what it felt like to find out about her husband Josh Duggar’s numerous infidelities.

The Jill & Jessa special hasn’t been without controversies of its own, however. Recent reports from inside the Duggar family state that the Arkansas clan is at odds over TLC’s newest Duggar-based special: some family members resent the fact that Anna is being brought out before network cameras so soon after her husband’s many scandals broke, while others are allegedly “just in it to cash a paycheck.” 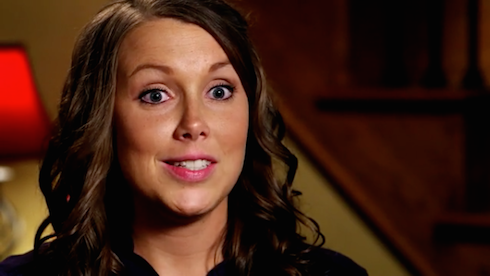 Anna also spoke briefly in an earlier preview offered by the network, but TLC has kept most of the Anna Duggar Jill & Jessa footage under wraps, in order to build anticipation for tonight’s debut. In recent weeks, speculation has also mounted about the possibility–however remote–that Anna Duggar is considering a divorce from Josh, who is said to be trying to plan a grand gesture of some sort in order to get back in his wife’s good graces.

In the most recent Jill & Jessa: Counting On clip, Anna reveals how confusing the past few months have been for her. “I was just like, ‘I’m gonna wake up and everything’s gonna be okay. And this really, this can’t be true,'” says the 27-year old mother of Meredith Grace.

However, Jill further adds that “Going forward, we will come out of this fire, so to speak, stronger as a family unit.”

Here’s the most recent Jill & Jessa: Counting On preview:

On a related note, a new In Touch report states that Anna recently visited embattled husband Josh Duggar in sex addiction rehab for the first time. “Anna went right before Thanksgiving,” said their source–and it’s worth pointing out that the report in turn suggests that Josh Duggar is indeed still in treatment. (Rumors have swirled for weeks that Josh was no longer a patient at the Reformers Unanimous center in Rockford IL.)

“She had a lot to discuss with Josh,” continued the source. “She thought it best that she go alone so she decided not to bring the kids, except Meredith because she is still breastfeeding. Seeing Josh was really hard for Anna. She cried about how much she misses him and teared up while they prayed.”