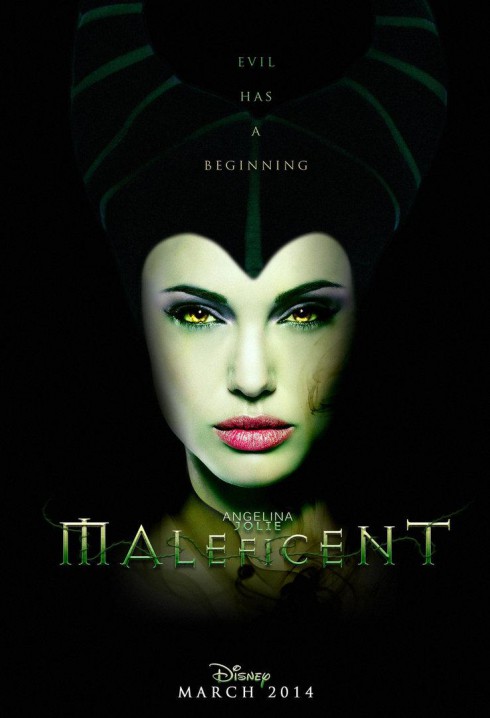 Maleficent, Disney’s live-action retelling of the classic Sleeping Beauty from the viewpoint of the villianess, is set to be out July 2014. The film stars Angelina Jolie as the terrifying title role, and her costume and makeup was so convincing she would scare away all the children who visited the set.

At Disney’s D23 Expo in Anaheim, California Saturday the actress explained “The strange thing was people with little kids would visit the set and I would think, ‘I’m a Disney character!’ [So] I’d go over to the children and say hi. And they would scream and run off.”

“One little boy actually said, ‘Mommy, please, tell the mean witch to please stop talking to me,'” she recalled. Her daughter Vivienne, (now five) who has a small part in the movie, was the only child who “wouldn’t scream.”

Angelina says she’s felt a special connection to Maleficent since she was a child. “Since I was a little girl, Maleficent was always my favorite. I was terrified of her, but I was also drawn to her,” she said. “I wanted to know more about her. She had this elegance and grace, yet she was wonderfully, deliciously cruel.” 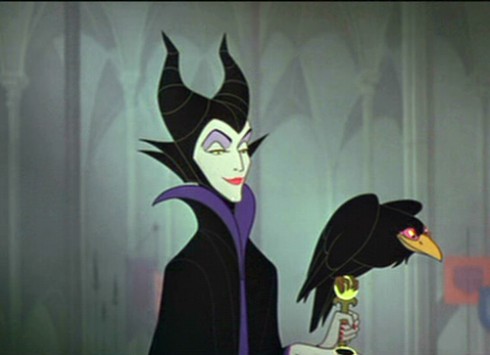 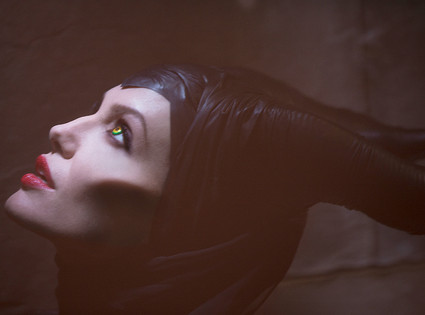 Angelina’s co-star Sharlto Copley revealed that Angelina is a huge prankster, and that pranking on set got so intense “I would have to check legally what I could and couldn’t say.” Maybe she got a little too into her character.

A new teaser for Maleficent was screened at the event. The film’s plot explains why Maleficent’s heart was hardened so much that she cursed baby Aurora. Unlike the 1959 animated film where Maleficent curses Aurora to die and the fairies intervene with a loophole, in the new movie Maleficent says Aurora will be awakened by a lover’s first kiss after falling into a death-like sleep. Like most classic fairytales we’ve been introduced to through Disney, the tale of Sleeping Beauty has had many incarnations, and the early ones have much darker plotlines. In one version written in 1634 by Giambattista Basile, the somnolent princess’ name was Talia, and a king had sex with her while she was asleep and left her there where she gave birth to twins (a boy and a girl) while still asleep. The children somehow nursed themselves, but one day the boy couldn’t figure out how and sucked on her finger, drawing out the flax splinter that had caused her cursed sleep.