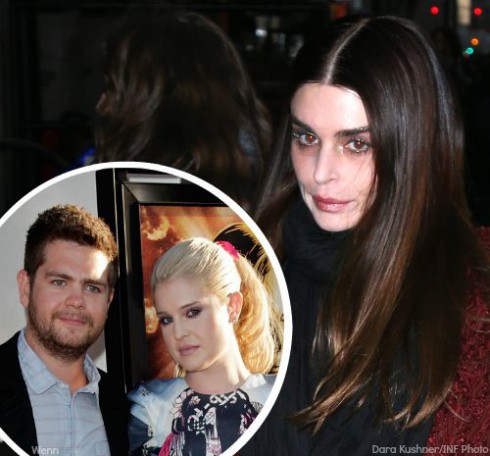 While her siblings rose to fame in the mid-2000s with The Osbournes, Ozzy and Sharon Osbourne’s oldest child, Aimee Osbourne, shunned the spotlight. In a new interview, she opened up about why she made that decision and the effect it had on her relationships with siblings Jack and Kelly Osbourne.

“Back then, I still felt I was trying to figure out who I was in the chaos of family life,” Aimee told The Independent. She revealed that MTV pitched the reality show to the family when she was only eighteen: “So why on earth would I want that portrayed on television? I wanted to protect myself, my parents, my siblings, too. They were very young, very impressionable.”

Her parents, brother, and sister didn’t feel the same way. Although Aimee said they were “at liberty to take the opportunity,” it put her in a difficult position, and made her leave home earlier than she planned.

“Obviously, I would have liked to stay at home a little longer, but it wasn’t to be,” Aimee, now 32, said. “For years it felt like I was swimming in the ocean, all by myself.”

Even after the show ended in 2005, Kelly and Jack continued to seek out fame. They also struggled with drug issues, which Aimee avoided.

“I suppose I was the one that had to be in control a lot of the time. But then it came naturally. And, for me, watching people get out of control, and be indulgent and dramatic was…well, very silly,” she said of the temptations that came along with the environment in which she was raised. “When you are already surrounded by that kind of thing, you either surrender fully and accept it as your destiny, or you think to yourself, ‘You know what? I’m not going to try that, actually.’ OK, it may have been their thing…”

These days, Aimee is close with her parents–just not so much with her siblings. She explained, “I wouldn’t say there is an ease between us, but there is an acceptance. Do we socialize? No.”

Aimee recently released her debut single, Raining Gold, under the name ARO. The full album will be out later this year.

VIDEO Kelly Osbourne takes Dancing With the Stars by storm!

Kelly Osbourne is adorable at fashion week, wants to start a line like Gwen Stefani’s L.A.M.B.