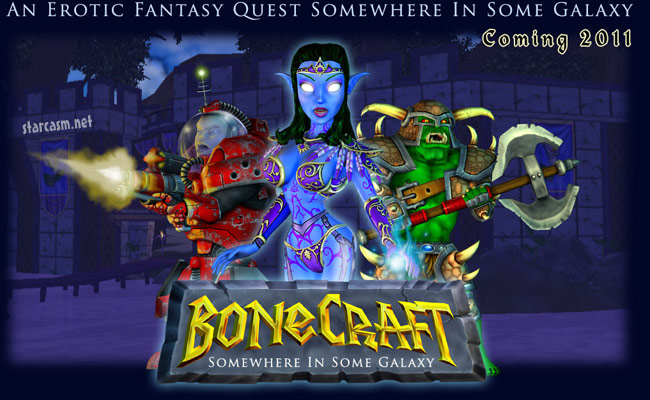 From the company that previously brought gamers the classic “BoneTown,” D-Dub Software is getting ready to launch “BoneCraft” their raunchy lampoon of the mega-popular online game “Worlds of Warcraft”

They say that imitation is the greatest form of flattery, well I would argue that in today’s media cycle a porn-parody is the highest compliment any pop culture phenomenon can achieve.  And now “Worlds of Warcraft,” the game a gazillion people have played, has been bestowed with this ultimate demarcation.  This comes after maybe my personal favorite South Park episode ever, “Make Love, Not Warcraft,” that also targeted the addictive game.

So what can you expect from “BoneCraft?”  Honestly there isn’t much here I can share, which bodes well for those who like to mix their gaming with other interests.  Here’s a re-postable part of the teaser information via the game’s official (and certainly NSFW) website:

All I can say is that you’ve been warned that this will exist soon!