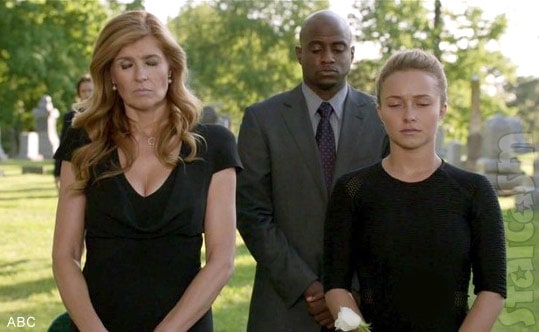 ABC surprised fans and industry experts when it announced earlier today that their country music based drama Nashville has been canceled after four seasons.

Although Nashville has never been a ratings bonanza for the network, the show had developed a devoted fan base that delivered huge DVR viewing bumps every week. The TV ratings experts at TV By The Numbers gave the show a 70% chance of being renewed in their most recent renew/cancel standings posted on Tuesday.

In addition to the ratings seeming to indicate a renewal, moves made by the network also pointed towards more drama with a drawl. From Deadline:

There had been positive signs for a Season 5 renewal for Nashville, co-produced by Lionsgate TV and ABC Studios. Lionsgate TV stepped in to hire Emmy-winning writer=producers Marshall Herskovitz and Ed Zwick as new showrunners. They were already working with writers on breaking stories for next season.

At about the same time that the Nashville cancellation announcement was made, show star Hayden Panettierre shared a message on Twitter indicating that she is still struggling with postpartum depression, a struggle she opened up about earlier this year. Here is the message she posted:

The postpartum depression I have been experiencing has impacted every aspect of my life. Rather than stay stuck due to unhealthy coping mechanisms I have chosen to take time to reflect holistically on my health and life. Wish me luck!

It is unclear at this time if Hayden’s postpartum depression issues, and her need to “take time to reflect,” played a role in ABC’s decision. Either way, we are saddened by the cancellation of Nashville, and we wish all the best for Hayden!

As a tribute I’d like to offer up Willie Nelson covering Kris Kristofferson’s “For the Good Times” along with a “good times” photo of Hayden Panettiere and Connie Britton together: 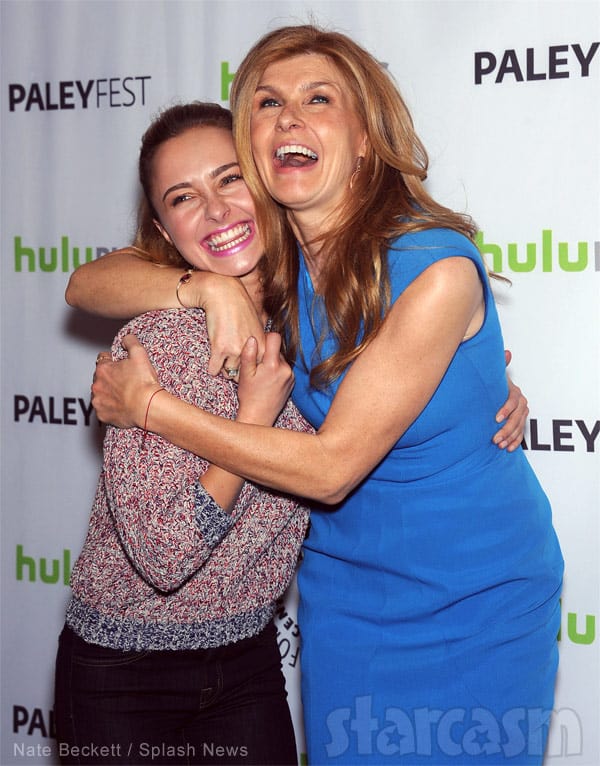 UPDATE – Although ABC has bailed on Nashville, Lionsgate still has hopes and is reportedly shopping around. “We’re looking for a new home. We never give up on a great show,” Lionsgate television group chairman Kevin Beggs wrote in an email to employees.

#Nashies we are working hard to find a new home for your favorite show! Thank you for your support & keep tweeting #BringBackNashville ???

Some cast and crew reactions from social media:

So grateful to so many for the dream that has been #Nashville. Not always easy to be Deacon. But to play him? An absolute joy and an honor.

On a day like today, nothing could make me smile quite like the loud, loyal, livid love of the lionhearted #Nashies ? #GratefulDeaconFriday

To the amazing friends and family who are Nashville, to the cast and crew, and most of all to the fans…I'd just like to say it's been my honor to be a part of this world, to live in it and breathe it in and try to replicate it. Sometimes we were more successful than others. But the place of Nashville in my heart is deep and permanent. I am grateful for the hard work and faith of so many who dedicated themselves to creating and supporting this show. And I am forever changed for the better. Thanks for the music.

.@Nashville_ABC is a magic that few have a chance to feel in a lifetime. 4 yrs w/ an amazing production,cast,and crew=eternity of gratitude

It's hard to put into words the love for my cast mates, crew, production team, songwriters and the city that has been my home for the last 4 years. When I first moved to the city I remember seeing the #ibelieveinnashville murals dotted around the city, created by my now great friend @adriensaporiti of @dcxvindustries. It was at first a strange sight, but I grew to understand it over time. Nashville IS a mythical place where magical things happen, from music, to healthcare, to art and many many other things along the way. It's a very sad day that our beloved Tv show will no longer remain on our screens. But I BELIEVE IN NASHVILLE, It has changed my life forever, I BELIEVE IN NASHVILLE the city and its people, I BELIEVE IN NASHVILLE and I hope you guys do to. All my love Gunnar

Dear #NASHIES Sadly, that looks like a series wrap for @Nashville_ABC . Can't thank all of the best fans in the world enough for your love.