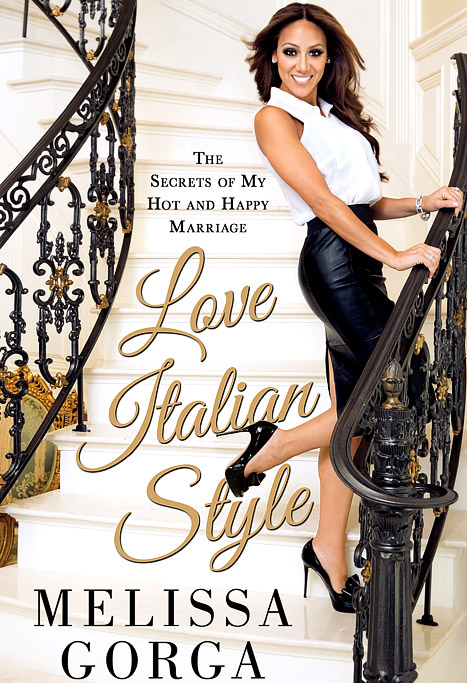 Melissa Gorga signed a deal earlier this year to write a book which would feature her rules for a successful marriage. In the book, the Real Housewives of New Jersey star opens up about her own marriage and what she has learned in the many years that she and Joe Gorga have been married.

Ahead of the book’s September 17 release, Life & Style is giving fans a sneak peek at Love Italian Style.

Melissa added that she and Joe, whom she met when she was just 21 years old, have sex at least every other day. I reckon it’s that Gorga-glue that keeps her so in shape! 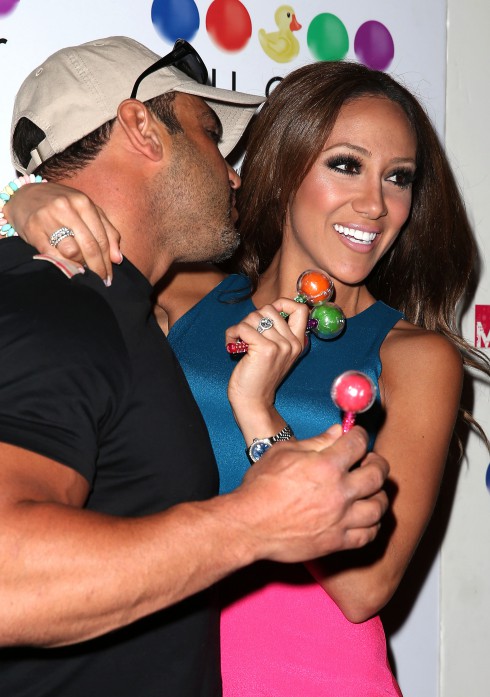 ^ Melissa Gorga hosts an autograph signing at Sugar Factory inside Planet Hollywood Resort and Casino with Joe by her side on March 23, 2013. (Photo: Judy Eddy/WENN.com)

Often, Melissa says, she and Joe have make-up sex to get through their disagreements. “It’s the best way to put an argument to rest. You both lay down your weapons and declare yourself victorious. It’s how we bond emotionally,” she states.

While sex may be the answer to a lot of their fights, Melissa says that she and Joe can’t always solve their issues in the bedroom. “Marriage is hard. I work at it every day,” Melissa admits. “During our eight years together, we’ve had plenty of rocky times and major fights. No marriage is perfect.”

Still, she and Joe are happy and very much in love and she wouldn’t change a thing.

You can pre-order a copy of Melissa’s book here.

Will Bravo cancel Real Housewives of New Jersey because of Teresa and Joe’s fraud charges?