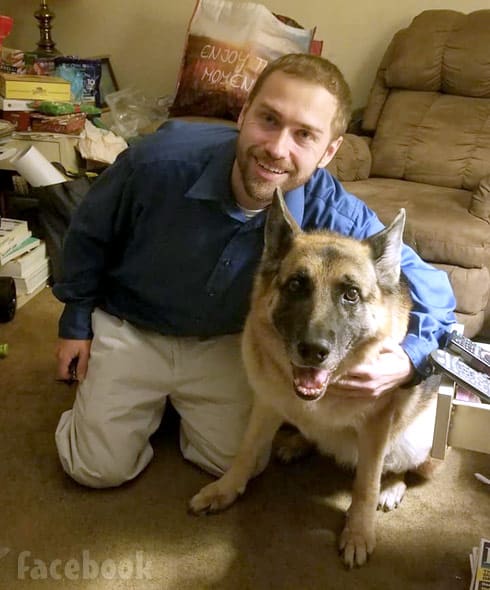 It has been a rough 2018 for Before the 90 Days star Paul Staehle. Last month it was revealed that Paul and Karine had separated. The news came days before a photo surfaced online of the couple’s secret Brazilian wedding — and the leaked photo has put Paul’s future with TLC at risk.

Despite splitting from Karine, Paul is still in Brazil, and this weekend he received some terrible news from back home in Kentucky: his uncle and his beloved German Shepherd Sassy have passed away.

On March 4, Paul shared the news about his uncle:

Prayers for the wife of my family member who has passed. He always made amazing fudge and smoked hams for the family. Went out of his way to be hospitable. Would drive for miles just to get that one perfect unique item and share it with others. I will miss the conversations. I will never forget talking to him shortly before I traveled here again.

The same day that Paul shared the news about the passing of his uncle saw his post letting his Facebook followers know that “Sas” wasn’t feeling well. Paul shared a gallery of photos of himself and Sas together, taken just before he left for his most recent trip to Brazil, and he broke the news in the caption:

Before I traveled here ..I refused to go to the airport until I got photos with my baby.. was late to airport but flight was delayed so all was ok. The PA film assistant was kind enough to take the photos.. no time for a last walk as planned …. now I learn I might never see her again…I was planning on staying here until things were taken care of here first . But it seems I need to visit home to visit everyone and everything I love before Death takes more of them. Life is limited never take anyone or anything for granted. Death can come at any time… 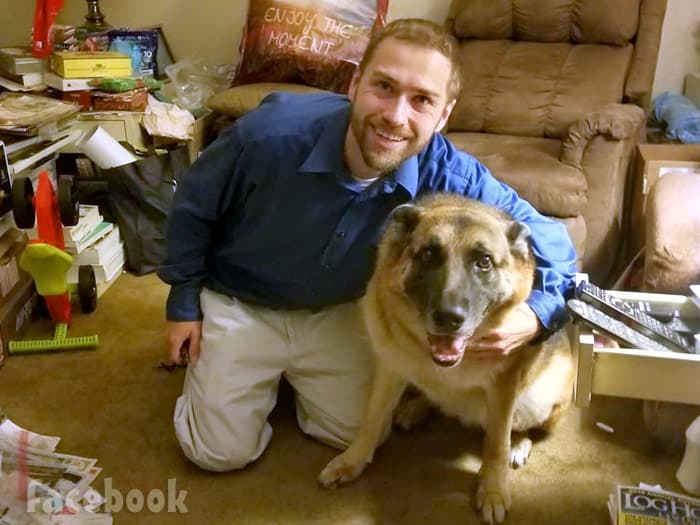 Later the same day, Paul shared more bad news. “When it rain it pours. Tripped fell down steps broke my toe…” he revealed. “Hospital here was awesome. But just another problem I get to deal with.”

The next news on Sas came the following day. “Update Sas will be hospitalized until at least Wednesday,” Paul wrote on Monday, March 5. “She is in the veterinarians critical care.” In the comments section someone asked what was wrong specifically, and Paul replied that it was kidney failure.

The news on his own injury was no better. “I look down and notice part of my foot has turned totally black,” he wrote in the same post. “I Hope federal police give me some good news today I need something positive today.”

Paul has mentioned before that the reason he is still in Brazil is because his visa is expired. I’m not sure how that works, or how an expired visa can keep you in a country instead of get you booted, but I am guessing that Paul was looking for good news pertaining that problem. Of course, he also has to deal with the fact that he is apparently legally married to Karine now.

On March 7 things started to finally look up as Paul got some positive news about Sas after she visited the Gailor Animal Hospital in Louisville:

Thank you so much for saving my babies life and never giving up hope. We were preparing for the worst. At her age and how the test results looked . But they never gave up. Never mentioned possibility of maybe needing to put her down. And when the feared bill came… it was reasonably priced.

But it was less than four days later that Sassy passed away. “My baby has died ????” Paul posted on Facebook early in the AM on Sunday. “Alone I cry no one here to comfort me,” he wrote, before adding: “I wish I returned home when I was scheduled to.”

Our thoughts are certainly with Paul right now. He’s dealing with a lot of painful things in his life, and it sounds as though he is going through it all alone in a foreign country. Hopefully he’ll soon get the good news he is hoping for from federal authorities and will be able to return to his family in Kentucky.

BEFORE THE 90 DAYS Stephanie responds to Erika’s comments on her bisexuality, reveals spin-off pitch & more