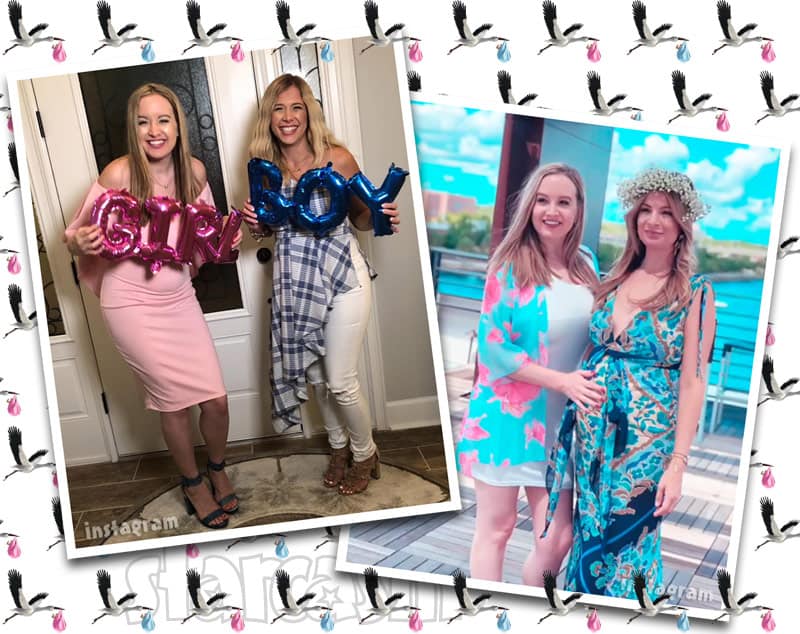 Elizabeth revealed the news about her sister Rebekah’s pregnancy with a series of videos from Rebekah’s baby shower posted on Instagram today. You can tell from the clips that Rebekah and her husband Thomas are expecting a little boy.

Here’s a photo of Rebekah looking like a Queen at the joyful shindig: 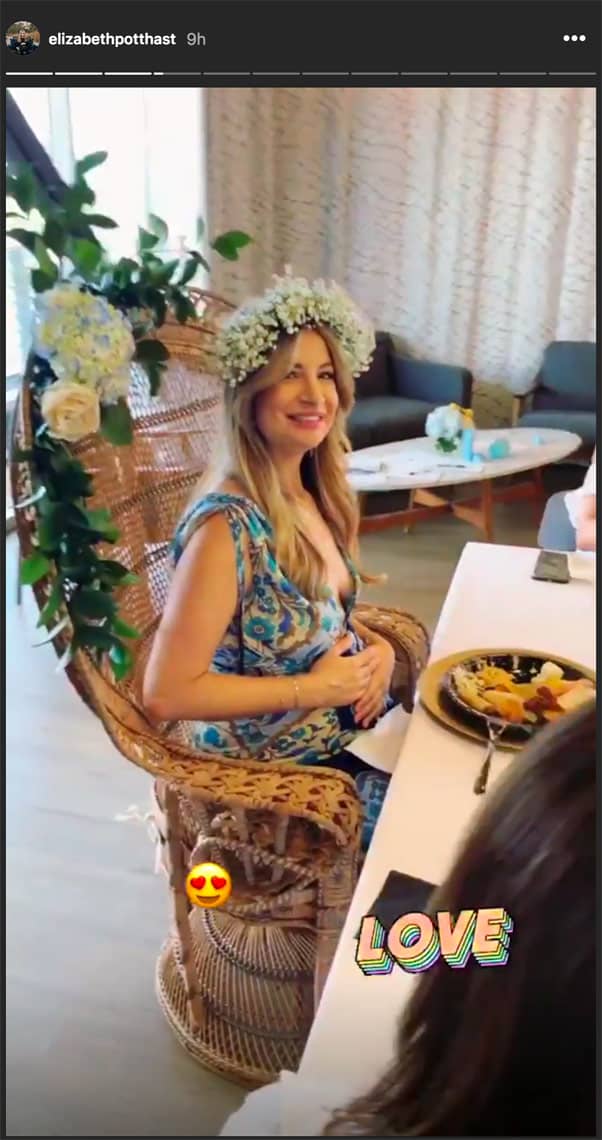 Rebekah’s pregnancy has been a bit under the radar, but her baby bump has been featured on various family members’ social media accounts over the past few months. In mid-April, her husband Thomas tweeted a photo of her growing belly and revealed that she was six months along at the time: 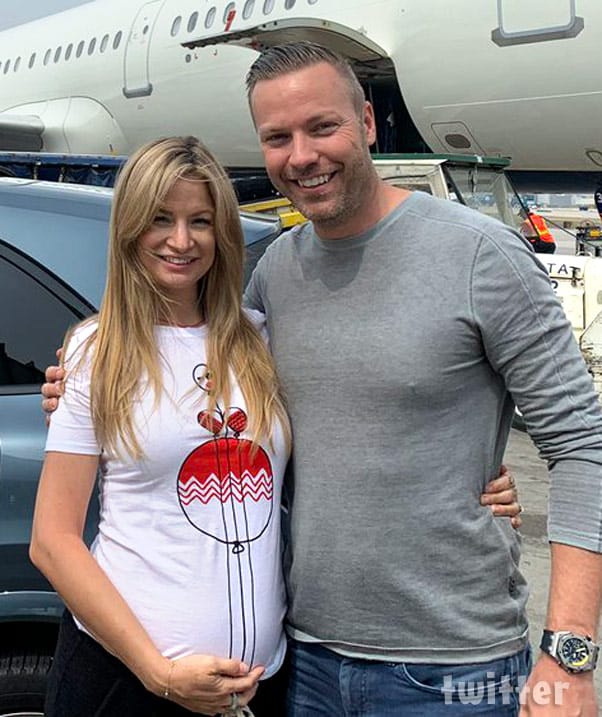 Rebekah’s sister-in-law Megan also posted a photo of Becky’s bump on May 18: 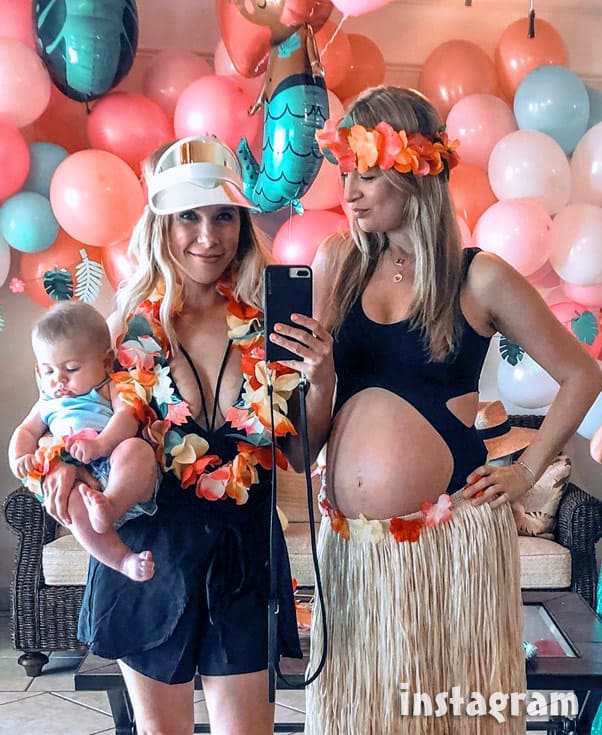 In case you were curious, Rebekah is due on July 7. It will be her first child with husband Thomas. The two were married just over a year ago in early May of 2018.

Interestingly, Rebekah and Elizabeth have more in common that recently marrying, recently becoming pregnant for the first time, and being blonde snacks. Rebekah’s husband was also not born in the United States, and he just officially became a United States citizen last month! (I am unaware of his nationality or route to citizenship. He has been in the U.S. for some time, and looks to have been previously married, so he most certainly didn’t come over on a K-1 visa to marry Rebekah.)

As I mentioned at the very beginning of this post, Elizabeth and Rebekah aren’t the only two Potthast ladies welcoming new additions in 2019. Their sister-in-law Megan gave birth to her fourth child, Josiah Michael, on January 4. Megan shared dueling baby bump photos with Elizabeth on Instagram back in October and revealed that they shared the same due date! (Elizabeth’s daughter Eleanor would manage to keep cooking in the oven for an additional 19 days before being born on January 23.)

From Megan just after Josiah’s arrival:

Baby boy Josiah Michael was born at 7:25 am weighing 7lb 11 oz 20 inches long. Praise the Lord we both are ok?? My uterus ruptured at 6am? Baby Josiah is such a blessing! He’s already nursing great, he’s snuggle bug, and I’m so in love! #josiahmichael #babyboy #thankful

Megan is married to Elizabeth and Rebekah’s brother Charles Potthast. The two have been together more than 18 years and have four children together: Charlize (8), Jordan (4), Charles Micah (2) and Josiah (5 months).

Congratulations to all the Potthasteseses!!! Despite how it may look on 90 Day Fiance: Happily Ever After, I get the impression that this is a very tight knit family that enjoy the hell out of their time together — especially the sisters. That joy must be exponential with all the baby fever going around!

Be sure to keep up with Elizabeth, Andrei, and the Potthast family with new episodes of 90 Day Fiance: Happily Ever After airing Sunday nights at 8/7c on TLC.